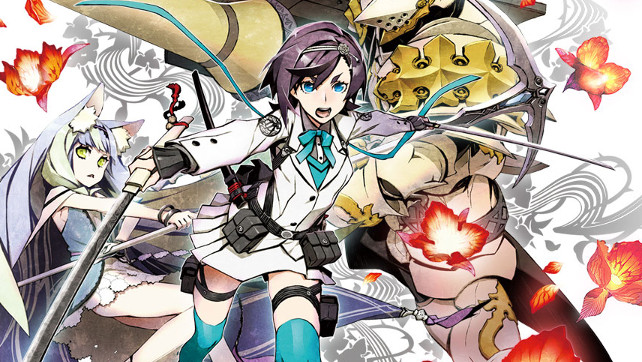 The age of dragons is here, well almost anyway. 7th Dragon III Code: VFD will be released in stores in just a few days, with the launch set to happen this Tuesday, July 12th.

With the imminent release, SEGA has released a new trailer for the gale as well as some sweet information on upcoming DLC for the game. Through three different eras in the game (present-day Tokyo, ancient Atlantis, and futuristic Eden), players get to customize their own professional team of dragon hunters to meet the inevitable threat. With 96 appearance variations to choose from, eight unique classes to utilize, party synergies to maintain, and a cat café to manage, RPG enthusiasts will feel right at home with 7th Dragon III Code: VFD.

You can also check out the free demo in the Nintendo eShop now as well.

So what about that DLC? In an awesome move, all upcoming DLC quests will be free for the week following their release. Everything from the XP and gold boosting quests to the party character recruitment and end-game quests will be free for the first week. So if you’re an early adopter of the game, which once again hits stores this Tuesday, you could potentially get all of the DLC for free.

Details on the additional DLC quests, their release timing, and non-promotional week pricing below:

Quest:  Allie’s Death March
Price: $1.49/CA$1.99
Availability: 7/26/2016
Description: A test for only the bravest of dragon hunters. Unlock a boss rush of nearly every encounter in the game pumped up to max level. EXTREME!

Please note that it requires game progression to encounter the DLC content! Additionally, “To My Beloved Unit 13” is activated post-game only.