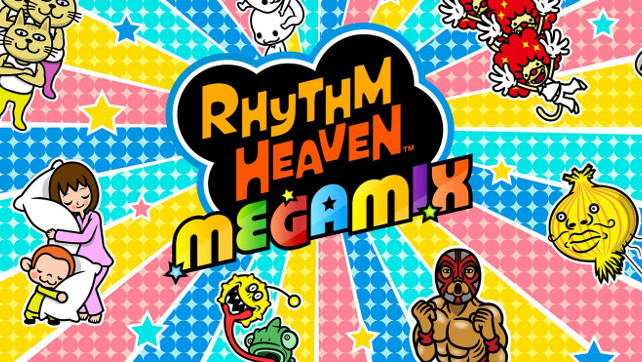 Rhythm Heaven Megamix – Rhythmic gaming bliss, goats eating turnips, and the funkiest tunes you’ve ever bashed a button to? This must be the Rhythm Heaven™ Megamix game. With 70+ rhythm games, including new ones, remixed fan-favorites, and US debuts, this fresh mix has it all. Try to reach Heaven World as you stick speeding viruses, feed a bear, and more! Just don’t miss a beat.

Mega Man 7 – Dr. Wily has escaped prison, and only Mega Man and his friends can stop him. But wait! Is someone else also on the hunt for the evil scientist’s capture? Jump, power up and blast your way through robotic enemies to put a stop to Dr. Wily once and for all. [ NEW Nintendo 3DS ONLY ]

Terraria – Dig! Fight! Explore! Build! Touch! Carve out your own adventure in the infinite possibilities offered by Terraria. Explore vast fantasy worlds by soaring to floating islands in the sky or excavating to the depths of the earth. Wage war on hundreds of different enemies and giant bosses with weapons and armor you’ve crafted yourself. Build amazing structures and dwellings with ease, laying brick and stone with an intuitive touch interface. Share the adventure with your friends, with online and split-screen multiplayer.

Super Paper Mario – Mario flips out on an adventure through eight exciting and vibrant worlds. Switch from 2D to 3D to avoid enemies, find secret passages and grab hidden items, or shake the Wii Remote controller for stylish moves. Uncover hilarious plot twists as you power-up with new friends and even play as Princess Peach and Bowser!

Drill Dozer – In this Game Boy Advance action classic, gear up Jill and her powerful Drill Dozer to retrieve the stolen Red Diamond from the fiendish clutches of the Skullker gang. Jump across pits, latch onto lifts to reach secret treasures and upgrade your robot while demolishing anything that gets in the way.