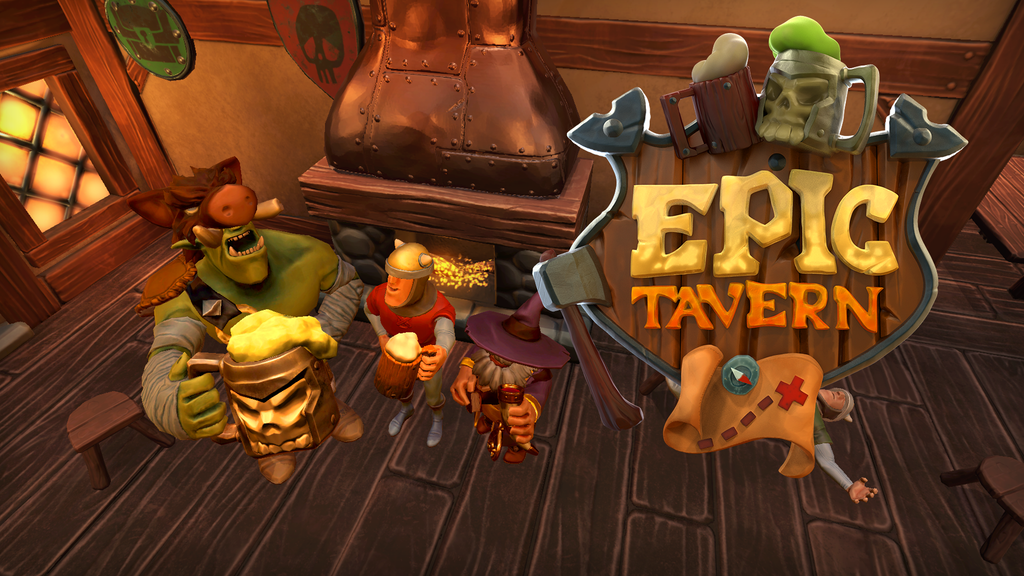 While I enjoy sports here and there, I never quite understood the draw of sports management games. Now that I’ve seen Epic Tavern, I can understand the appeal: recruit, manage and reap the rewards from your own heroes. Enjoy their victories, work against their failures and quirks. It just so happens that my heroes swing swords at dragons, not throw balls around. 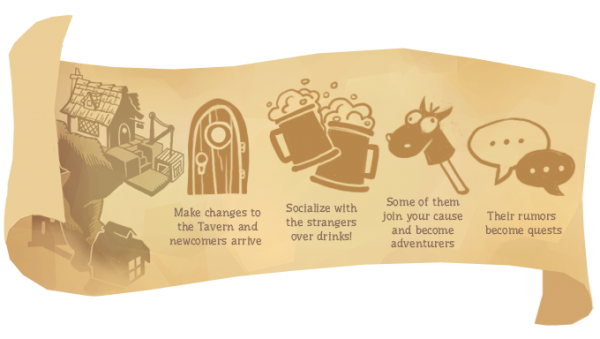 Epic Tavern promises to “[combine] classic RPG elements with a unique combination of roster management and social simulation gameplay” as you run your tavern. As the tavernmaster, you must make many decisions, from the adventurers you recruit to the quests to send them on to the way your tavern looks and feels, and, of course, the number of pints you warm your heroes’ bellies with! 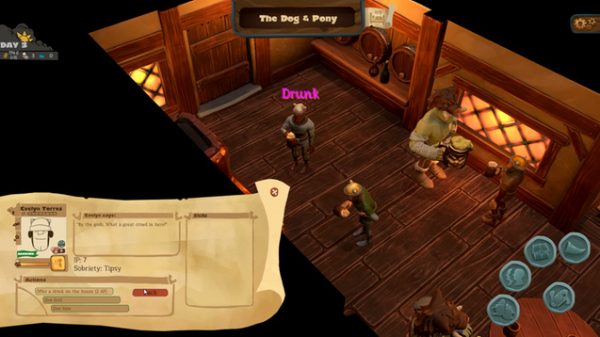 I am rather fond of the heroes tavern concept. One of my favorite board games is Red Dragon Inn, where you act as an adventure drinking, gambling and brawling within an inn. Thus Epic Tavern has thoroughly sparked my interest with its promise of humorous interactions, fun management, and diverse paths and results. 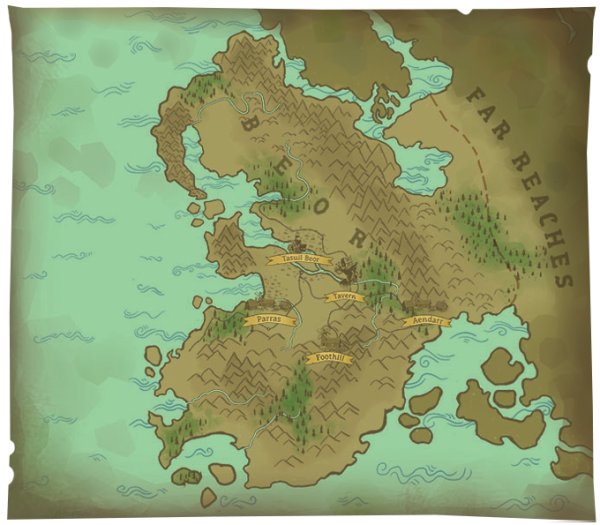 Fittingly, Epic Tavern is based in a land called Beor.

Though Epic Tavern is not available currently, it has a Kickstarter campaign that launched on May 25th and that will run through June 28th. It funded in its first week, and now 135% funded at $54,040, well above the $40k goal. Games on Kickstarter have been struggling more in the recent years than they did back in 2012 when any video game concept was funded instantly, so their early success is quite impressive.

The campaign is not doubt assisted by the fact that the team at Hyperkinetic Studios has a shining roster, with well-over a collective 100 years of experience in the game industry, including on titles such as Deus Ex: Human Revolution and Resistance: Retribution. Such experience helps garner the confidence of backers.

I am greatly looking forward to playing this silly game and gathering my own group of adventures with frothy pints of beer!