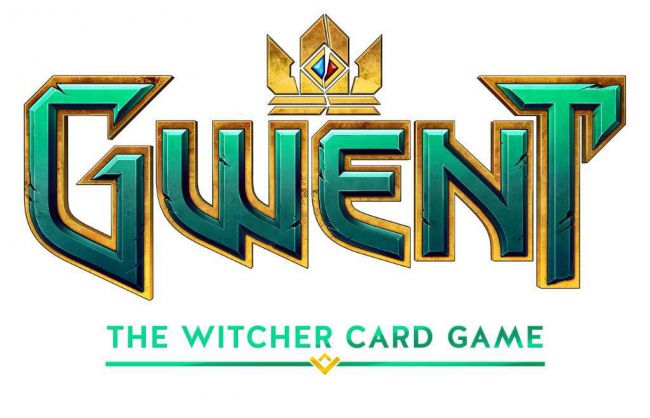 Fans of CD Projekt red have long lamented the severe lack of opportunities for them to play Gwent, that stellar in game trading card game that appeared in the Witcher 3. Present in the Witcher 3, Gwent seems to be as wide spread in the world of Geralt as Sabbac is in Star Wars. New filings discovered by Nerd leaks now suggest that the studio recently filed for two trademarks with the European Union Intellectual Property Office, one for Gwent—which appears to be an expansion of a 2015 trademark filing of the same name—and the other, more tellingly, for Gwent: The Witcher Card Game. Now if you never got the chance to play it Gwent is a bit like hearth stone, its a collecting and fighting card game. In case you want to see it in action here is a good video review. The Gwent filing also came with a logo, Which is the one you can see above this article. The filing is in the right place for this type of game at least covering computer games and videogames in various formats, online gaming services, and also doodads like jewelry, medallions, key rings, statues, clothing, writing instruments, stationery, and luggage.

It just makes a lot of sense for this game to exist. Card games are big money, players spend thousands of dollars in Hearth Stone, Magic the Gathering Online, and other online card battle games. Bethesda also recently threw their hat in to the card game ring with their Elder Scrolls Card game,CD Projekt has a great track record, and if you have ever played Gwent, you know its not the standard Magic the Gathering Clone, but rather a whole unique different type of game, employing a three tiered combat system and some other complex systems that as far as I am aware have not yet been implemented elsewhere.