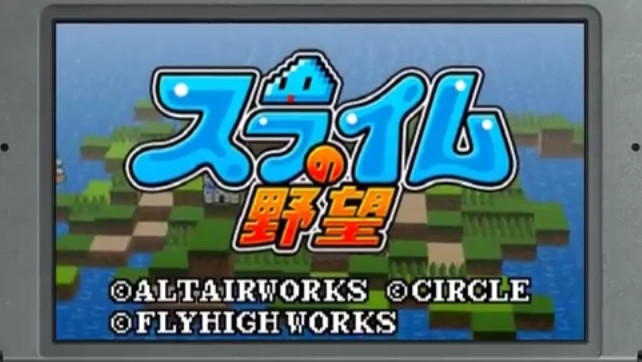 With Puzzle Labyrinth set to be released today, Circle’s next game is already on the way.

Circle Entertainment announced via their social media platforms that Ambitions of the Slimes is already on the way to North America and Europe. The game will come packed with English, Japanese, Chinese Simplified and Chinese Tradtional.

Ambitions of the Slimes is a strategy role-playing game which will be released on the Nintendo 3DS eShop. This new release could become very close to a simultaneous East-West release. The game is set for release in Japan on June 15th and Circle is hoping for the game to be released here at the end of June or early July.

The game is also developed by Altairworks and Flyhigh Works.

In the game you play as both humans and slimes, which can take over and possess humans in battle. The game looks very much like a Final Fantasy Tactics style game, with characters reminiscent of the Witch and Hero series.

Check out the Japanese trailer and some screens below.