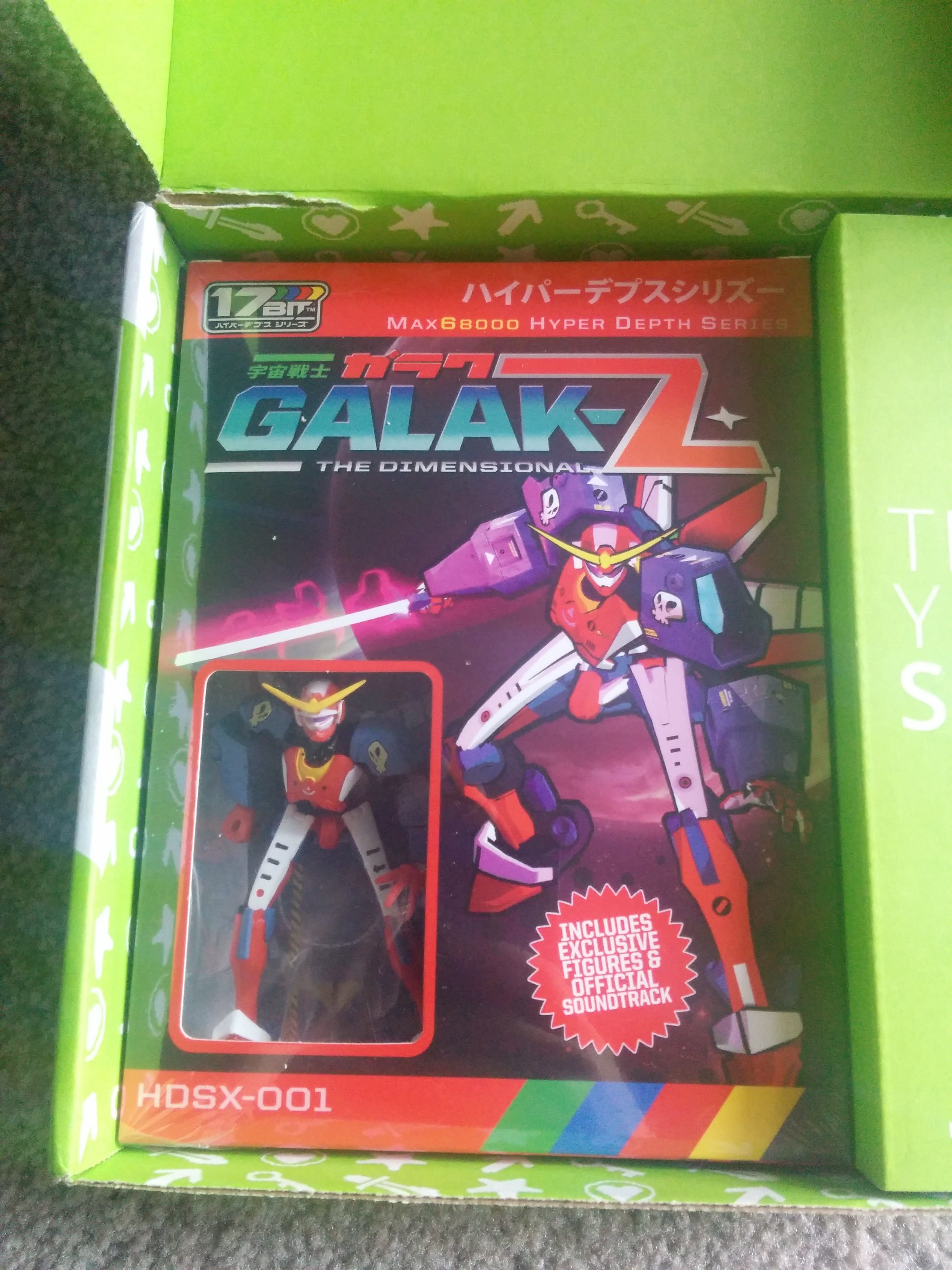 This month’s IndieBox was a particularly exciting one for me, featuring Galak-Z, a critically acclaimed, action-packed dog-fighting game with a space ship that transforms into a sword-wielding mech! How cool is that?

Better yet, the box itself features a figurine of this awesome ship that you’ll use with both your stealth and fighting skills to take down intelligent enemies. Oh, and did I mention that there are TWO OTHER GAMES IN HERE? Starr Mazer DSP F. Squadron, a rogue-like scrolling shooter and prelude to the upcoming game Starr Mazer, and Planet Diver, a fast-spaced, space-chasm diving action game.

All three of these games require quick reflexes and hearken back to games of old while adding new mechanics that give them a refreshing twist.

Now… let’s see what we have in the box! 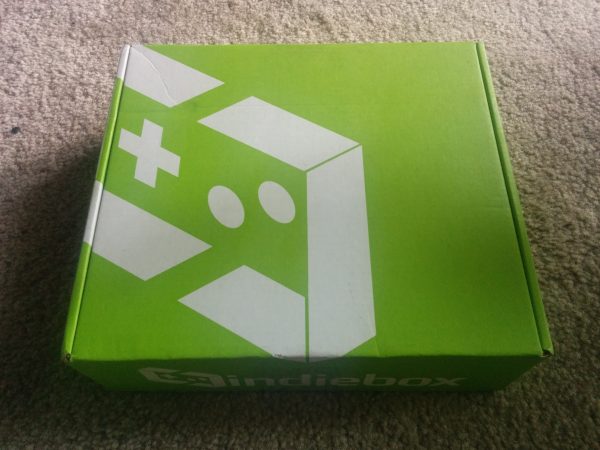 Here is the green box that everything ships in. I’m always so excited to see one! 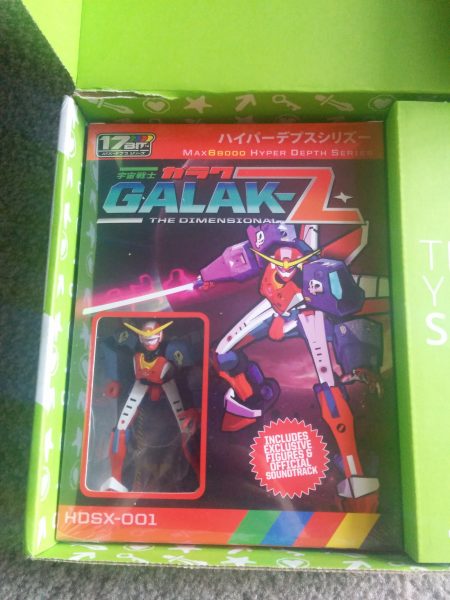 Though I knew that Galak-Z was going to be this month’s box, I gasped when I saw the figurine. I love figurines! 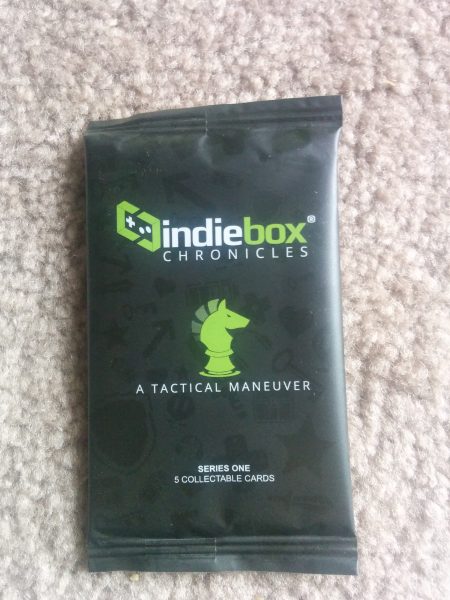 Safe inside the greenbox was also this pack of cards, which IndieBox has begun sending out with the boxes. It contains collectible cards, some with codes! 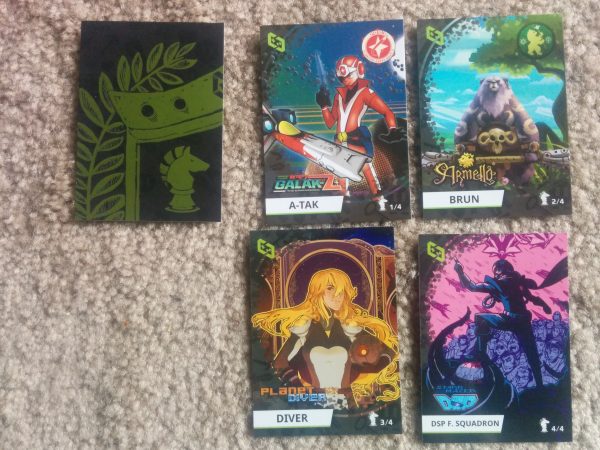 Here are the five cards in this month’s box. Including Starr Mazer DSP F. Squad and Planet Diver with their codes on the back! 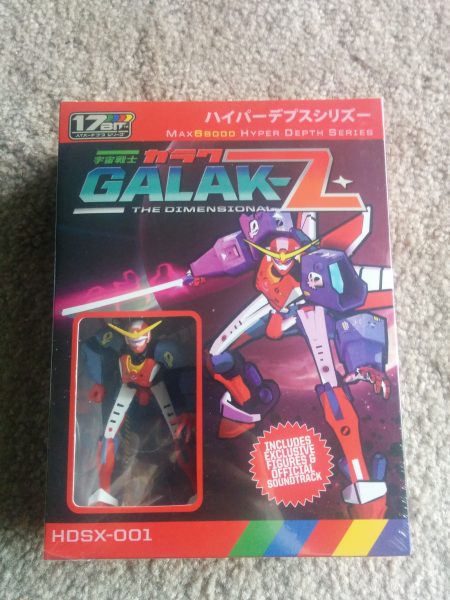 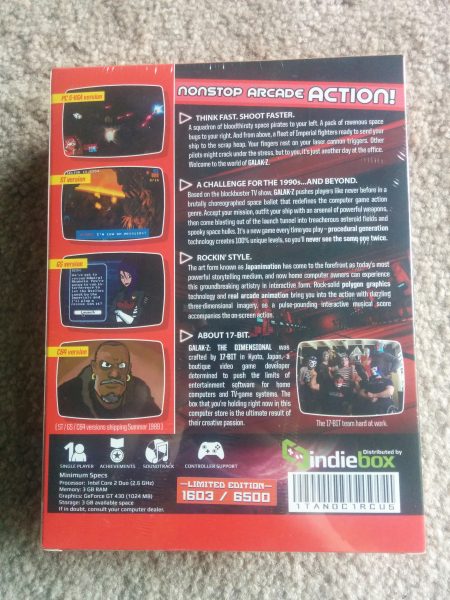 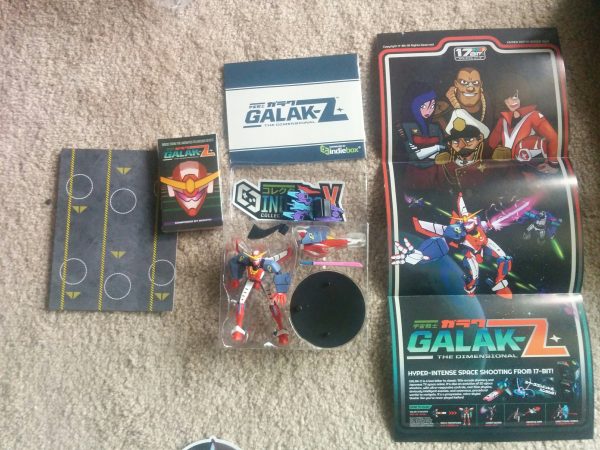 So. Many. Goodies! The poster has already found a loving place on my wall. 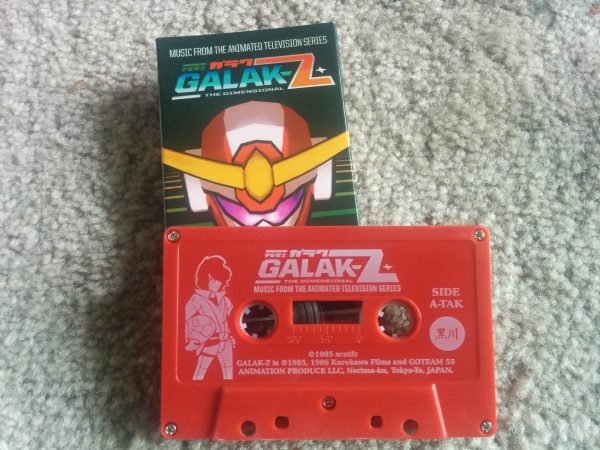 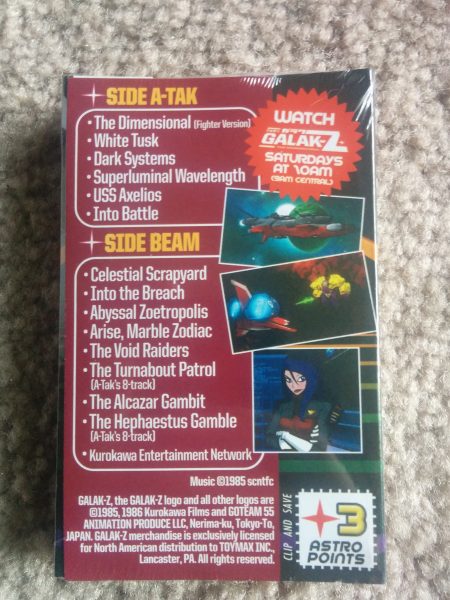 Love the touch with the “Astro Points”. 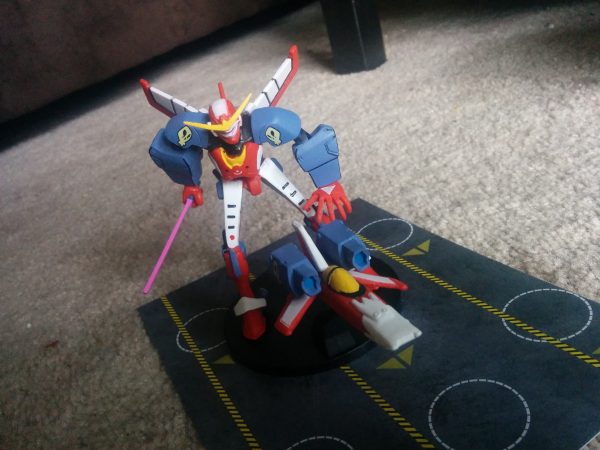 And here is the star of the show with his ship form in front of him! 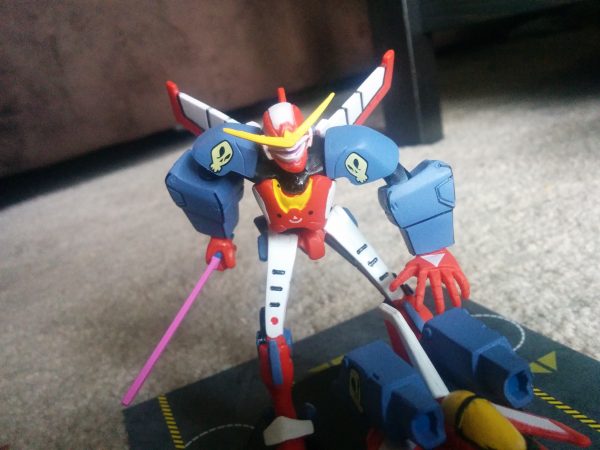 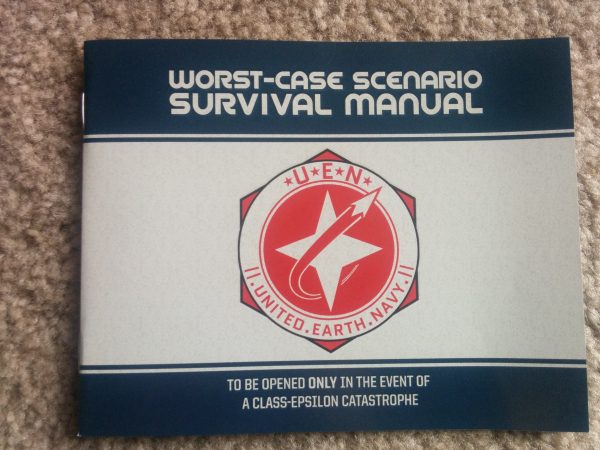 And, of course, your handy survival manual! 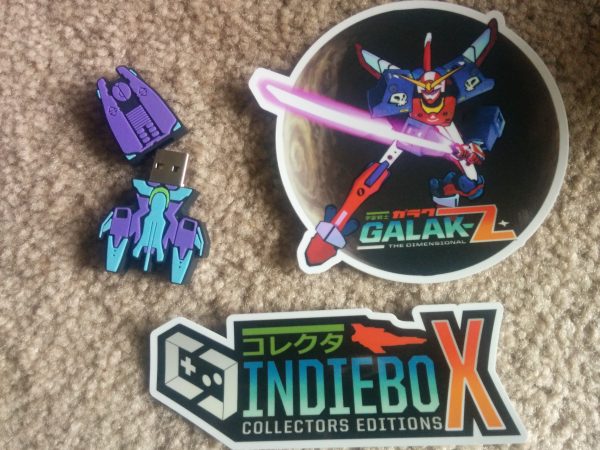 And the other goodies! Including two stickers and the game on a custom USB! 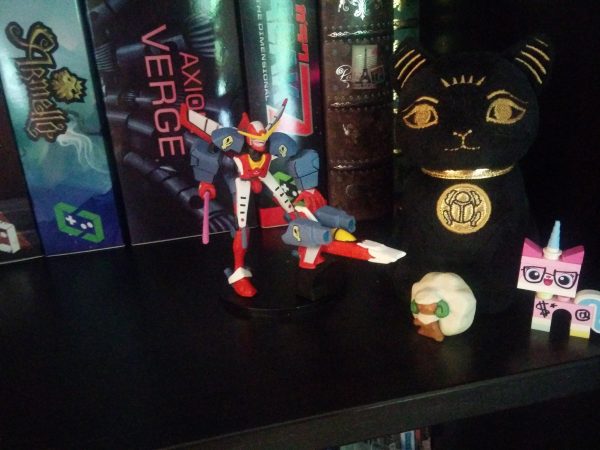 A good home has been found for the awesome figurine, gracing my shelves with my other geeky items!