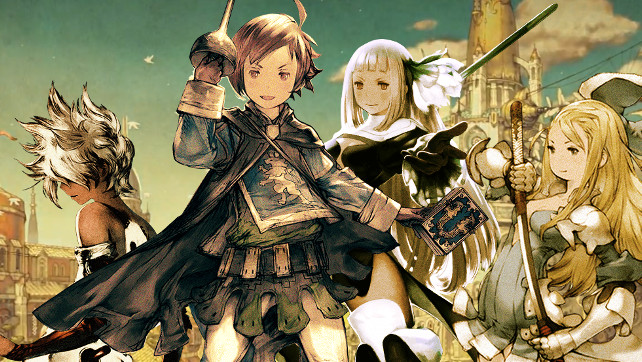 Bravely Second: End Layer – Steel yourself for the next evolution of the series that reinvented turn-based RPGs – the successor to SQUARE ENIX’s Bravely Default game. Agnés Oblige has been imprisoned, and as a knight in her service, it’s up to the hero, Yew, to save her! Form the ultimate team and strategy, then risk it all in this fast, fresh RPG. Bravely Second: End Layer will be available on April 15.

The Legend of Zelda: A Link to the Past – When an evil magician named Agahnim begins kidnapping young maidens in Hyrule, a young boy named Link is called upon to stop him. Link must traverse both Light and Dark Worlds, navigate through mazelike dungeons and fight an assortment of foes in this Super NES classic. [ NEW Nintendo 3DS ONLY ]

Donkey Kong Country 2: Diddy’s Kong Quest – Donkey Kong has been kidnapped and taken to Crocodile Isle. Only Diddy Kong and Dixie Kong can save the day! Play solo, compete with a friend or tag-team in eight exciting worlds filled with wacky characters, collectable items and secret bonus areas. [ NEW Nintendo 3DS ONLY ]

Super Metroid – The Space Pirates, merciless agents of the evil Mother Brain, have stolen the last Metroid from a research station and threatened the safety of the galaxy. In this critically acclaimed Super NES masterpiece, Samus Aran must don her awesome array of high-tech weaponry to retrieve the deadly Metroid hidden deep within the cave-riddled planet Zebes. [ NEW Nintendo 3DS ONLY ]

Asdivine Hearts – Travel alongside four companions (and a cat!) to restore the light in the world in a fantasy RPG boasting animated turn-based battles, plenty of sub-quests and many more intriguing challenges. Click here to see a trailer for the game.

Lost Reavers – Beta Test Version – Get a first look at Lost Reavers, a free-to-play four-player co-op game. The Open Beta is now available to play. Download it now, and make sure to come back when the full service launches for free on April 28.

Theme Shop on the Nintendo 3DS

Miiverse Star Fox Zero Intergalactic Art Event – Calling all Star Fox fans! We have less than one month until the Star Fox Zero game launches exclusively for Wii U on April 21. To celebrate, Miiverse is offering an opportunity to win $10 in Nintendo eShop credit. To participate in the sweepstakes, draw some fantastic Star Fox fan art and post it to the Miiverse Star Fox Zero Intergalactic Art Event community by April 22. Fox McCloud, Falco Lombardi, Peppy Hare, Slippy Toad – which classic character will inspire your artistic creation? You can enter once each week for your chance to win $10 in Nintendo eShop credit – 40 winners will be chosen in total.