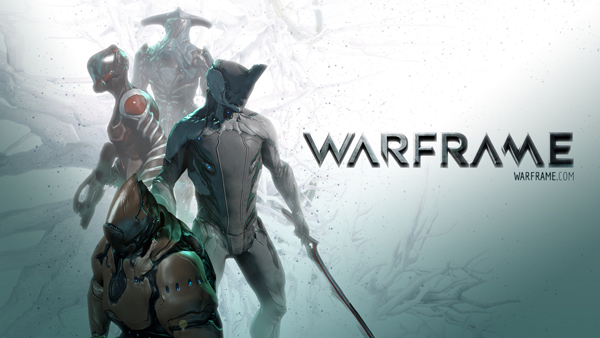 Author’s note: The free-to-play pricing model I discuss here is in regards to games that can be played without spending any money, rather than the label that MMORPG games use when they don’t require a subscription fee (but still do require an initial purchase). I will also be intentionally not talking about the majority of gameplay, to instead focus on Warframe’s free-to-play aspect.

It’s not uncommon for the gaming community to dismiss a title, even if it looks promising, if it releases with a free-to-play payment model. I admit that when I see the words ‘free to play’ attached to a game, even I immediately assume the worst: Microtransactions designed to gouge the player’s wallet, important game content gated by paywalls, or (usually in PvP games) a pay-to-win scenario. It’s a stigma that free-to-play games aren’t entirely undeserving of. But just because the payment model usually doesn’t work, does it mean that it can’t?

Admittedly, some free-to-play games have found great success, so I’ll rephrase my question; Can a game offer you reasonable access to all of its content for free, and still somehow entice players to spend money on the game?

Cue Warframe. A third person cooperative shooter with a space-ninja theme, Warframe was developed by Digital Extremes, released into closed beta in February 2013, and went to (and remains in) open beta not long after. Development of the game is near constant, adding new content regularly. The premise of the game, simply put, is to obtain and level up almost everything the game has to offer, and look great while you do it. There is a definite ‘rule-of cool’ when it comes to Warframe, and the substantial range of weapons and Warframes ensures you’ll always look cool when you play. 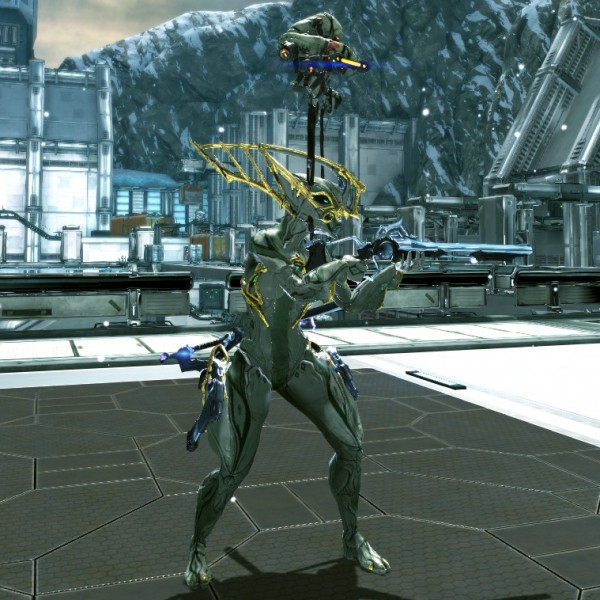 Nyx Prime with the Diriga sentinel, and three free weapons given out to celebrate the game’s third anniversary

Everything in Warframe, outside of purely cosmetic items, can be obtained for free. That includes Warframes (suits of armour, all with different abilities), Sentinels/Kubrows/Kavats (a robotic/doglike/catlike companion that aides you in game), mods (modifiers that can be applied to allow for extra damage etc), and weapons (I’m sure you know what weapons are).

Most items and all Warframes can be bought outright using in-game currency, from Warframe’s market. Others need to be crafted, whether that be with commonly found components dropped by enemies, or by collecting all the pieces of the weapon in high level areas. The arguably ‘best’ weapons and Warframes, suffixed in game with the word ‘Prime’, can only be purchased for a short period of time on their release, and afterwards are only available by playing the game, or trading. Even cosmetic helmets can be obtained within the game at no cost.

So with all this content available for free, how does Warframe encourage players to spend real world money on the game? There are a few ways Digital extremes hopes to have you spend money in the game. There are numerous, and undeniably pretty, cosmetic items that you can buy. These items do absolutely nothing to affect gameplay. There is also in-game trading: Players can trade certain weapon & Warframe parts and mods, either for other weapon & Warframe parts, or Platinum, the game’s premium currency. This means that so long as you play the game, you can obtain the Premium currency by way of selling your spare parts and mods to other players. Many players make Platinum this way exclusively.

You can use Platinum to purchase inventory slots, as you can only hold a limited number of weapons at a time. Generally you won’t need more slots than you start with, as once you find a Warframe or weapon that works for you, you can simply level up new equipment to max rank (adding to your overall rank ingame) and then sell it.

As I mentioned earlier, DE also sell Prime Warframes and Weapons for a limited period. This is known as Prime Access, and changes every time a new Primed Warframe is released.

You can also use Warframe’s in-game market to purchase weapons and Warframes without the need to craft them. These typically come with an inventory slot, and a free-to-obtain-ingame rare item that boosts your Warframe/Weapon, affectionately called a ‘potato’ by the community. Which leads me to the ‘worst’ way Warframe attempts to have the player purchase Platinum.

The ‘worst’ thing Warframe does is put a timelock on crafting new items. Typically each new weapon will take 12 hours to craft, and each Warframe will take, in total, three and a half days. At first glance this undoubtedly seems excessive, but unlike in a lot of free-to-play games, waiting for an item to craft doesn’t prohibit you from playing the game. There is always something you can do while waiting for your new item. There’s always that rare mod you had your eye on, or continuing to complete all the levels in the star chart, or that one piece of a rare weapon that you need that hasn’t dropped yet, that quest you need to finish, or simply that need to level up your current gear to max rank.

I think this is where Warframe excels as a free-to-play title. It never puts up any sort of ‘pay to continue’ wall like most free-to-play titles do. You never feel like you’re being forced to pay money for the game. It is clear that the developers genuinely care about both the game and its community, as they are receptive to feedback and are always adding more content to the game. Because Warframe is ultimately fun, it doesn’t need to force players to spend money. It treats them with respect, focuses on a continued enjoyable experience, and because of this, makes players want to spend money on it. You don’t have to pay an upfront fee, or a continued subscription fee, or pay money to get past unfair restrictions in a supposedly free game. Instead you make the choice to pay some money, now and again, to support developers that have truly earned your trust and support. If all free-to-play titles were like Warframe, where developers are so confident their game is good that you will pay not because you have to, but because you want to, I believe that the free-to-play model could signal that a game is worth taking note of.

Warframe is available on Playstation 4 & Xbox One via their digital storefronts, and on PC at warframe.com