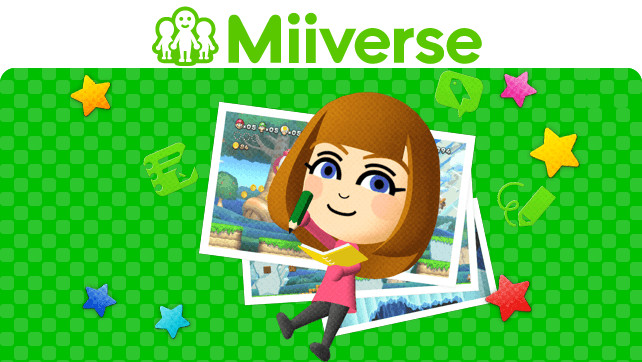 Nearly every game that was made after the implementation of Miiverse supports this. But not all of them, and it seems to be hit and miss as to what games don’t.

I recently picked up Senran Kagura 2: Deep Crimson for the Nintendo 3DS. When I hit the (home) button on my 3DS and tapped on Miiverse I found that this game doesn’t support Miiverse screenshots, despite the fact that the previous game in the series Senran Kagura Burst does.

Before realizing that the previous game could share screenshots, I figured that it was because of the content of the game. After all Senran Kagura 2 is rated M for Mature and this is Nintendo after all. Burst however was actually rated T for Teen.

But it’s not just the rating. Fatal Frame: Maiden of Black Water is also rated Mature, yet you can share screenshots of that game. Recent Wii U release Devil’s Third is also an M rated game, yet screenshots can also be shared on Miiverse.

After digging a little deeper and looking in more detail at the ratings, I discovered why this might be, and I think it’s another incident of Nintendo censorship.

Senran Kagura 2: Deep Crimson has a content descriptor from the ESRB for “partial nudity” and if you’ve played the game you can see that is evident. Some of the outfits the girls wear are somewhat skimpy, and there is definitely some skin being shown, though there is no full nudity. I took a look through ESRB ratings for other games that have this same descriptor.

Two other 3DS games that have this “nudity” descriptor, Attack on Titan: Humanity in Chains and Persona Q: Shadow of the Labyrinth, also have Miiverse screenshots disabled.

So Nintendo is simply disabling games with any “nudity” warnings from the ESRB from Miiverse, right?

This doesn’t seem to apply to all games, and certainly not to Nintendo’s own first party Wii U games with the same ESRB rating descriptor. Both Bayonetta and Bayonetta 2 have “partial nudity” ESRB descriptors, yet they have screenshots enabled in Miiverse.

Okay, so maybe it’s just 3DS games that are getting their screenshots axed. After all, the Nintendo 3DS is aimed at kids right? Wrong again. Ubisoft’s Watch_Dogs for the Wii U, which also has the “nudity” warning, gets no love from Nintendo on Miiverse.

But then there’s Atlus’ Conception II: Children of the Seven Stars. Despite this game also having the same ESRB content descriptor about “partial nutity” there are screenshots allowed.

At this point it’s safe to say that there is no rhyme or reason as to why some games get their screenshot privileges nixed. Obviously someone at Nintendo wants to make sure that no one shares anything remotely inappropriate, but if you’ve ever looked at some of the screen captures from Super Smash Bros. for Wii U you’ll see that even when a game is innocent, you’re going to find something inappropriate.

I LOVE sharing screenshots of my games on Miiverse, especially since I have no way to stream my Wii U or 3DS.

Come on, Nintendo. Let’s make all games equal on Miiverse.