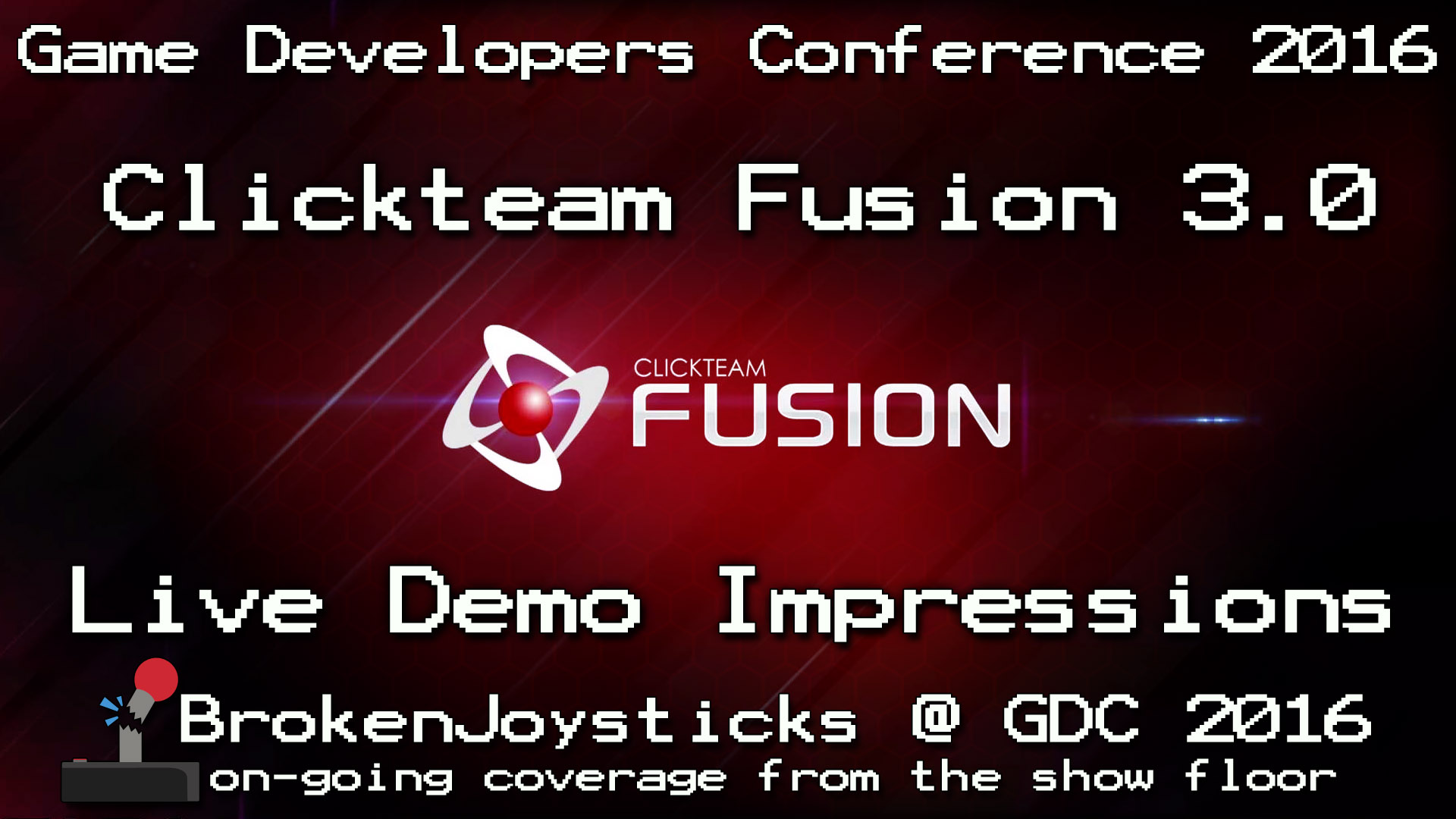 Games have been my passion since I was very young and along with this passion came the spark of creativity – hoping that someday I would be able to develop my own video games. A piece of software from then little-known French software creation firm Clickteam called The Games Factory helped me explore the core concepts of game design. 16 years later, Clickteam is still around and their most current piece of engine technology, Clickteam Fusion 2.5 powers some of the most popular indie titles such as Five Nights at Freddy’s and The Escapists.

The next generation of Clickteam developers who grew up using Yves Lamouruex & Francis Poulain’s original engine technology are now taking the helm and preparing to user in their most ambitious development tool to date – Clickteam Fusion 3. While this product is still in a very early state -and isn’t expected to release for some time – Chris Carlson & Anders Riggelsen were more than happy to give BrokenJoysticks the world premire look at their next generation engine in the making.

Upon first inspection, to some, it might seem that the early version of Fusion 3 shown behind closed doors at GDC was simply a reskin of their older products. Don’t think that Clickteam is rested on their laurels, this just speaks volume to how well Lamouruex & Poulain’s vision of a syntax free programming environment still holds up today. Programming in Clickteam Fusion 3, previous products in the line, involves placing objects onto a “frame” (think of it like a powerpoint slide almost) and then coding the logic of your game using a special grid called the Event Editor. The truth is that Anders Riggelsen and his team are working hard to keep the spirit of the original Clickteam products intact while building a new engine from the ground up.

Written From Scratch – CT Fusion 3 is built from the ground up for modern 64-bit architecture and mobile technologies without relying on code from previous versions of CT Fusion (Multimedia Fusion 2 / Clickteam Fusion 2.5 & previous.)

Export C Code & Populate C In Real Time – Users are able to export their product from Fusion 3’s visual interface to C code at the press of a button. Impressively the new development environment also supports the ability to populate C code as you work.

Modular Design – Power users are able to develop new editors, tools and extensions directly from within Fusion 3 without the need for writing extensions in other IDE environments. Essentially this means that you can code new functions and behaviours into Fusion 3 within fusions itself.

Animation Enhancements – In older versions of Clickteam Fusion it was common for users to have to duplicate animation frames if they wanted to extend the time span of an animation. Fusion 3 introduces a new multiplier system user have greater control over the speed of their animations without the need for duplicate frames. `

Multiplatform Support – Project development is possible across multiple platforms. In theory you can export a Windows Executable from OSX while using the development environment on a Mac, exporting a project to an executable state is still under development but editing a project on the operating system of your choice is definitely possible.

Run Your Games On A Mobile Device At The Click of a Button – When using Fusion 3 on a MacBook you are able to run your game on an iPhone attached to your machine at the press of a button.

There is still no release window for Clickteam Fusion 3 at this time and certainly the dedicated community that has rallied around CT are frothing for more information. I am happy to bring to you an extended interview about Clickteam Fusion 3 with both Chris & Anders as well as the first footage of Clickteam Fusion 3 to be shown to the public.

Clickteam’s old slogan was “Creative Tools For A Creative Age”, with the rise of indies and this ambitious new rewritten engine that slogan still rings true today!