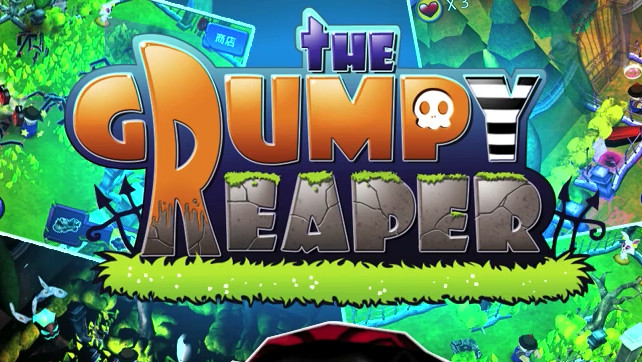 EnjoyUp Games revealed that their next game The Grumpy Reaper will be releasing in the Wii U eShop this Thursday. The game, developed by Drakhar Studio, is an arcade-style game that includes elements of skill in different playing modes.

In Grumpy Reaper Death’s granddaughter has stolen the keys to the Underworld to unleash creatures on the world! You will take on the role of Grumpy, mow the lawn and find the lost keys to help Death solve this problem through multiple time trial, nocturnal and survival levels!

Of course it’s not all up to you and Death has not left you on your own! You will be able to improve your lawn mower to turn it into a lethal weapon against the monsters. You can also control tornadoes, turn yourself into a Zombie, wear armor to survive and restore peace…if you can.

No word on if or when the game will see a North American release.