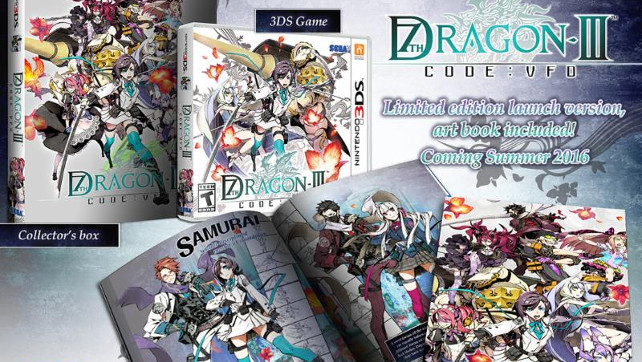 SEGA reveled today in celebration of the series releasing in North America for the first time, pre-orders and a limited number of launch edition copies of 7th Dragon III Code: VFD will be packed with a commemorative 28-page art book.

In 7th Dragon III Code: VFD, humankind is on the brink of extinction until the game company NODENS devises a way to travel back in time. Players will have to explore three time periods with a deeply customizable party (8 classes, 40 voices, and 96 appearance options!), to fight dragons and save the human race. Oh, but in between battles, there are also relationships to build, party synergies to manage, and rescuing cats to include in the game’s Cat Café. (really.)

7th Dragon III: Code VFD will be released in both physical form and on the Nintendo eShop for Nintendo 3DS in the summer. The game will be available for $39.99 USD / $54.99 CAD. It’s been rated T by the ESRB.