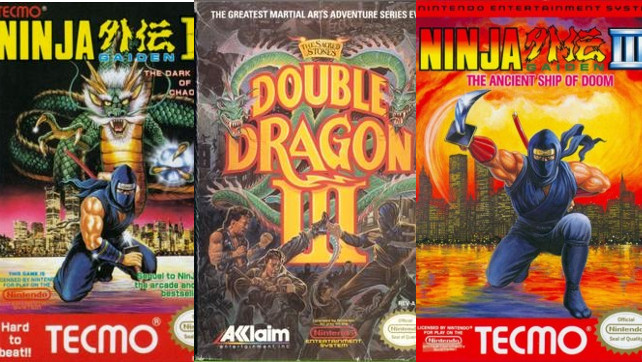 The first title is Double Dragon III: The Sacred Stones from the NES. Join the Lee brothers as they head on a worldwide search for their friend Marion and the powerful Sacred Stones. Defeat your enemies using a collection of martial-art moves, including those of enemies that join your quest. Play solo or together with another player as you finally reach the evil mastermind behind Marion’s kidnapping.

The second and third games are a pair of Ninja Gaiden titles from the NES days, with Ninja Gaiden II: The Dark Sword of Chaos and Ninja Gaiden III: The Ancient Ship of Doom hitting the Wii U Virtual Console.

All three games will retail in the eShop for $4.99 USD.