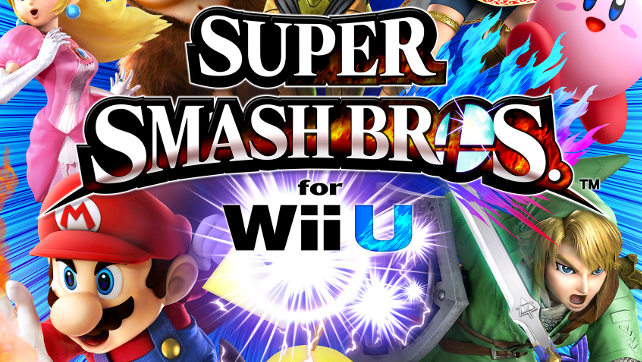 Super Smash Bros. DLC – Fans of the Super Smash Bros. for Nintendo 3DS and Wii U games can now add even more fun with several free updates and new DLC for purchase on both versions. Free updates include a K.K. Slider costume for Mii Fighters, plus new Community Tournament and Regular Tournament modes and the ability to upload saved replays to YouTube. Players can also purchase new Mii Fighter costumes, from Samus’ Armor to an SSB-logo Hoodie, as well as Peach’s Castle and Hyrule Castle stages from the original Nintendo 64 version of the game. For full details, visithttp://www.smashbros.com/us/.

New Splatoon Update – The Splatoon game for the Wii U console just got a massive free content update. The update includes two new modes: Squad Battle and Private Battle. Squad Battle lets players create a squid squad with friends and head into Ranked Battle modes together, while Private Battle lets two to eight friends battle together in customizable matches. There are also new weapons, level-cap increases, more than 40 new types of gear and more to come throughout the rest of the summer. For more details, visithttp://splatoon.nintendo.com.

Golden Sun: The Lost Age – It is the dawn of a new age. The heroes ofGolden Sun have been abandoned, and the land is falling into darkness. Now the world’s final hope may also be its doom. Manipulate the environment with psychic energy and fell whatever beast stands in your way to safeguard humanity before the heroes of the original Golden Sun can stop you. Click here to view a trailer for the game.

ONIMUSHA TACTICS – Prepare to be thrust into massive, old world feudal battles in which every move is a struggle for power in this Game Boy Advance strategy game. Join Onimaru, a young Ogre Clan warrior on a mighty quest to defeat Nobunaga and his enemy Genma armies.

Pokémon Rumble World Update Bonus – Download the latest version of the Pokémon Rumble World game for your Nintendo 3DS system today! Once you do, you’ll be able to visit a new area and get bonus items. First, take a ride on the newly added Lucky Balloon. It will take you to a mysterious area called Changing Land, where you’re more likely to meet Pokémon you haven’t yet caught. The Lucky Balloon will be added to the hot air balloons available in the shop. It’s free, but you’ll need to have reached Adventure Rank 40 to ride on it. Enter the following password into your game to receive 100 Poké Diamonds after you update: 48213190. You have to reach Adventure Rank 4 before you can enter the password. Click here for more details.