Bethesda closed out their E3 press conference with a very comprehensive series of demos for the highly anticipated Fallout 4. We learned new details about the game’s story, mechanics, crafting / weapon modification system (!!!) and settlement building during director Todd Howard’s onstage demo. Take a seat and sit comfy because this demo will keep you entertained until the bombs are ready to fall.

Walking us through the game’s opening segment Howard makes it very clearly – you can chose to either be a female or male character right off from the start. He also demonstrated the game’s customization engine – it’s actually the same set of tools that the developers used to create the many NPCs in the world – instead of using a series of sliders to determine attributes you are able to customize your avatar’s appearance by grabbing on to a section of skin and sculpting in new features. The demo’s look at player customization was brief but it looks rather impressive!

Once you’ve selected your character’s gender & appearance you are greeted by a Vault-Tech recruiter who confirms your family’s enrollment in the Vault program (you’ll later be rushing for safety in Vault 111). This NPC’s appearance gives you the opportunity to chose your S.P.E.C.I.A.L attributes which of course give you certain advantages / disadvantages depending on the type of build you chose.

Howard was very upfront that we weren’t going to get many details about the game’s story at the Bethesda press conference. All that we know is that there will be a 200 year timeskip between the time that the bombs fall and the game’s first proper chapter. How the player character is able to survive this long is a complete mystery – cryogenic technology perhaps?

In terms of gameplay systems the VATS aiming system from Fallout 3 returns and what was possibly the most surprising addition – base building comes to the Fallout universe in the form of “settlements”. Every object in the game world (including houses) can be deconstructed for raw materials and used to create new objects. In what seems (visually) very similar to Halo 3’s forge mode you are able to deconstruct existing objects and use them to create your settlement. Once you’ve built your ideal settlement traders and venders will visit to do business and you’ll even have to fend off the odd bandit attack. 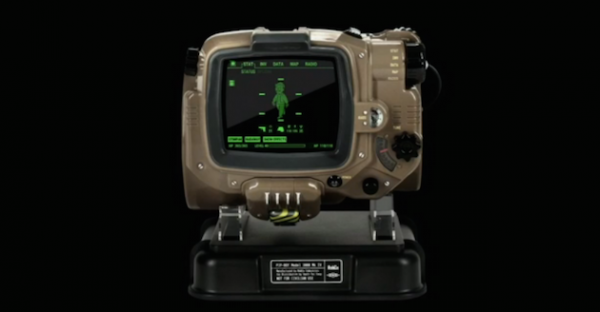 There’s also a $119.99 (USD)  Fallout 3: Pipboy edition that comes with a custom Pipboy phone case that will connect to an in-development Ios/Android companion app.

Check out a few gameplay clips below to see why we’re so excited for Fallout 4. Get ready to run for your nearest vault this November.