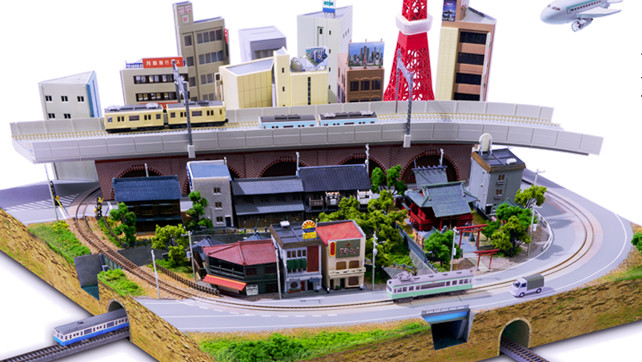 Anyone that knows me knows that I’m a big transit guy. I love buses and trains alike, so the thought of a game where I can design my own train and bus network? That’s my kind of game.

In fact when I saw the title of the game pop up I was taken aback as I’ve played this game before, at least one of it’s predecessors.

I originally played A-Train WAY way back on the original PlayStation. Released by Maxis it was a fun game back in the day, but I remember being frustrated by the game. Perhaps it was my youth, but I couldn’t make it very far in the game and always ran into trouble with my trains getting stuck.

With the newest game, being released by Natsume for the Nintendo 3DS, some of that frustration is still there. But it’s not the fault of the game persay. There is just SO much depth and attention to detail that it’s hard to know where to start. 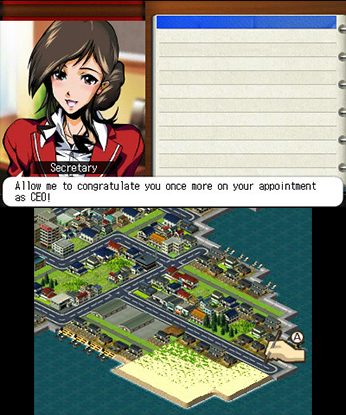 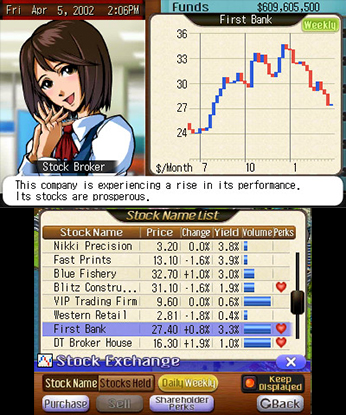 There are a handful of scenarios open at the start of the game. The first scenario is somewhat of a training mission, which is great. There is so much depth to the game and so much that you can tweak, fine tune and alter that it is a great help to have this in the game.

For instance you can build new tracks and stations almost right away. But you need to get supplies to the station in order for it to build. I did this almost right away, but I ran into trouble as the freight train would pick up and drop off freight at stations I didn’t want it to. This got frustrating, and moreso that there was no way to prevent that.

Except that there is.

It took a while of playing through the level until this feature was added to my menus and I was allowed to do this. What seems like a simple feature, that would have been added early on in what amounts to be a tutorial level, was added too late.

I only say that it was too late because I had already made a work around which involved laying way too much track to have my supply train bypass stations. It was a lengthy, damaging and costly endeavour that took up way too much of my time.

There are surely many more features in the game that I haven’t even gotten to yet. I opened up another map to see buses and trams but I have only barely scratched the surface yet. 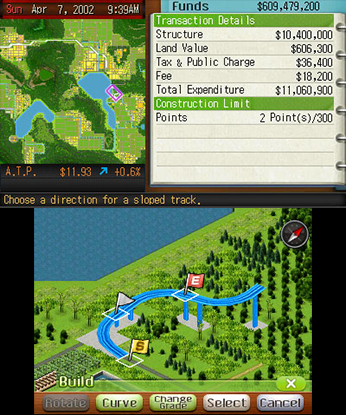 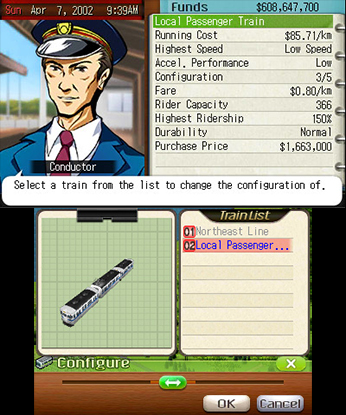 Here’s the synopsis of the game. In A-Train 3D: City Simulator, you become the CEO of a transportation company of a city. As CEO, it’s your job to take on the challenges your city is facing. Build train and bus lines, purchase subsidiaries, and help turn your fledgling city into a thriving metropolis!

But watch out! If you run out of funds, or aren’t able to complete your goals, you’ll be fired! Therefore, you’ll have to do your best to keep the company going strong!

A lot of 3DS games are great in that they’re pick up and play. You can play the game in short bursts and work towards the eventual goal of beating the game. This game is similar to those, but short bursts aren’t in the cards.

The game is as addicting as it is frustrating.

I can’t count the number of times that I had only planned to play for just a few minutes and ended up playing for much longer.

I’m not too far into the game but I am definitely hooked. One thing I’m looking forward to is looking around the cities, and experiencing the transit systems in 3D. There are plenty of screen shots and videos on the official website of this, but it’s hard to tell if these are promotional or actually in the game.

Plus at the rate at which new features are unlocked, it could take me a while to find out.

Bottom line, should you give this game a go? If you’re not into this level of sim and detail, you might find the game a little bit overwhelming and confusing. If you’re interested in transit or rail and you have the patience, you should definitely pick this up.