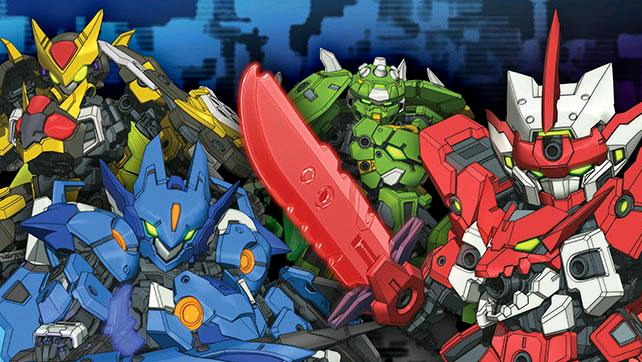 I’ve played a lot of games, and the vast majority of them I have enjoyed. While some games I have outright loved, some other games I have moderately enjoyed. And while some games weren’t found by many others as great, I was able to see through some of the flaws of most games and see the positives that they have. So while some games have their flaws, be it difficulty, pacing or otherwise, there is some good to the games.

That positive view has been damaged.

I think that I have a benefit that I get sent some games to review. While there are a few games that I have reviewed that I have either purchased or were “free-to-play,” there are a select few publishers who send me review copies or codes. And while I never feel obligated to give them a good review to make sure I can get another “freebie” I have always felt that this was a privilege and chose to forgive minor missteps and look at the broader picture.

I think it’s also made games that I didn’t really enjoy that much easier to pallet, because I wasn’t spending my hard earned money to get these games. Some of the games aren’t ones that I would have sought out and purchased in the first place, because I am very frugal with my money. With that being said I was pleasently surprised with a great number of them.

Spoiler alert: I didn’t like it. And it’s really unfortunate, because I was actually really looking forward to this game, though I had no previous experience with any of the anime that came before I was optimistic. 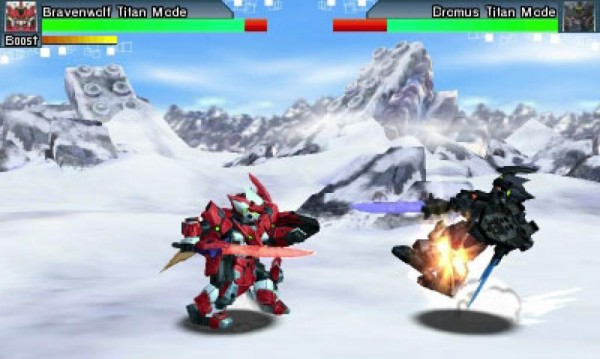 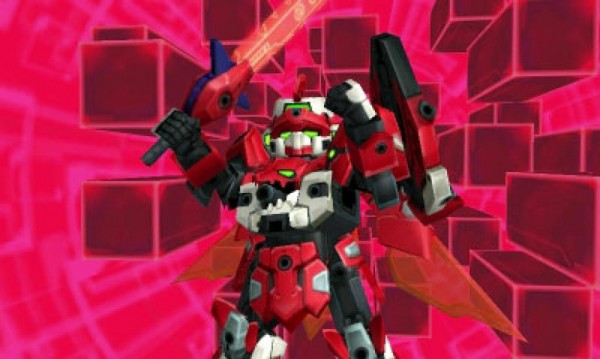 Here is the description of the game from the Nintendo website:

Saving the world is serious business and should never be taken lightly… It is only for the brave of heart. Guren, Ceylan, Chooki, and Toxsa were not planning on being heroes when they accidentally stumbled into an inter-dimensional portal. Ripped through space and time, they reemerged on the world of Quarton as Bravenwolf, Tributon, Lydendor, and Valorn… the legendary and powerfully robotic Tenkai Knights! Oh, by the way, Quarton is definitely a world like no other.

Powered by a special Tenkai energy everything in this world can transform, combine and shapeshift. Now our four heroes hold the fate of two worlds in their powerful robotic hands and must master amazing powers in order to stop the evil Vilius and his army of shape shifting robots from destroying two worlds…

The game has two beats. The bulk of the game is the mission mode and it is set up very basically. You first sit through a lot of story, which is basicilly talking heads like you would expect in an RPG. The only difference is that it is all very basic dialogue and feels like it has absolutely no bearing on what comes next. The battles.

Perhaps the timing is bad with it being released right after Super Smash Bros. for the Nintendo 3DS, but the battles in the game are bad. Really bad. And it all boils down to the controls.

You can jump, but if you don’t hold a direction while you press the jump button you jump straight up. Pressing a direction just after the jump makes no difference, which is as basic as you can get with any platformer. And since these battles are side scrolling platforming battles (like Smash) that really makes playing this needlessly frustrating.

The controls in Super Mario Bros. back in 1985 had better jumping mechanic. 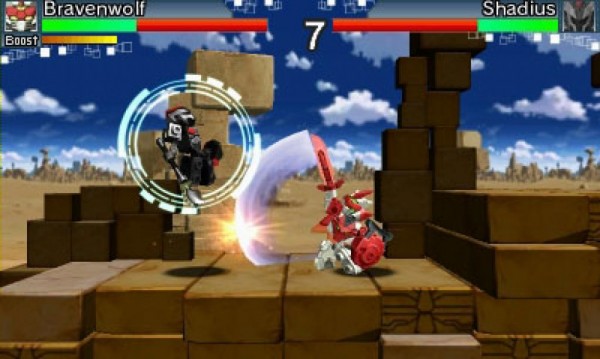 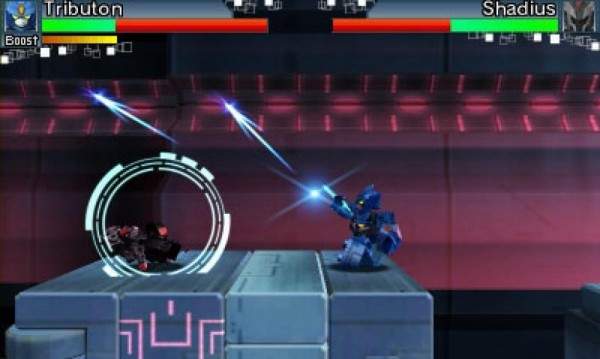 At least after you jumped you had a bit of a hover boost, which COULD actually allow you to change direction. But once you start to fall it’s straight down and you can’t adjust your direction during the fall either. This was very frustrating to control.

Fighting was okay overall, with the different available fighters having different skill sets and attacks. Plus the ability to mix and match these was nice. But with the controls so clunky that didn’t really make up for much.

The story battles that came up, once you waded through seemingly needlessly long talking head sequences, were also very basic and nothing to write home about. You had to either defeat a set number of foes, collect a set number of items from said foes or survive for a set period of time. Occasionally the battles combined a few of them.

The game does have multiplayer or a battle mode, but with that just more of these uncontrollable battles it doesn’t really help the score.

This review took me a while to do, and not because it was hard to write. It was hard to make myself sit down and play this game enough to review it. I kept putting it down and walking away annoyed.

If you love the anime and absolutely have to get this game then you likely won’t regret it. However if you’re looking for a good fighting battle game, hit up Super Smash Bros. That is a game that is great. This game is not.