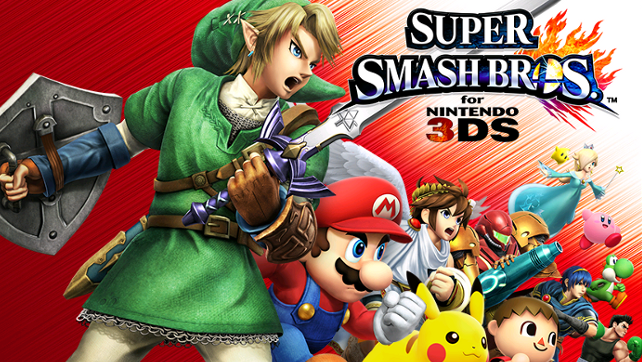 Super Smash Bros. for Nintendo 3DS – Battle it out as the greatest heroes and villains in video games on the Nintendo 3DS system – at home or anywhere! Smash rivals off the stage with epic moves, then beef up your fighters with a variety of customizations and equipment. Find fun extras faster by beating hordes of classic enemies in Smash Run and mastering mini-games. Get ready to settle it in Smash! Super Smash Bros. for Nintendo 3DS will be available on Oct. 3. Click here to watch a trailer for the game.

Fans planning on purchasing Super Smash Bros. for Nintendo 3DS at launch can save time by downloading the free game update (ver. 1.0.2) in advance. It’s available starting at 9 a.m. on Oct. 2 in the Nintendo eShop and is required for online mode.

Tenkai Knights Brave Battle – Saving the world is serious business and should never be taken lightly… It is only for the brave of heart. Guren, Ceylan, Chooki, and Toxsa were not planning on being heroes when they accidentally stumbled into an inter-dimensional portal. Ripped through space and time, they reemerged on the world of Quarton as Bravenwolf, Tributon, Lydendor, and Valorn… the legendary and powerfully robotic Tenkai Knights! Oh, by the way, Quarton is definitely a world like no other. – Available Oct. 7

Color Zen – Demo Version – One that invites you to put on your headphones, relax, and find your way through an abstract world of colors and shapes. With simple, intuitive controls, the game invites you to relax and immerse yourself. There are no points or penalties for failure; just an abstract world of color to move through at your own pace. So put on your headphones and find your way, with Color Zen.

99Seconds – Now your problem isn’t the number of bullets, rather the amount of time. 99Seconds, a fun, retro-style video game, where you can modify time to avoid all kinds of dangers. After finishing off Black Eye, V-99 entered a mysterious zone called Bit 8, without knowing why V-99 could modify time!. But everything became complicated with the appearance of the BLACK VECTORS: mysterious beings that aim to destroy any intruder who reaches Bit 8.

Red Riding Hood – Brave Rock Game’s Red Riding Hood is viewable via the Wii U Gamepad. Meet Maisie, a young child that is well liked by everyone. After hearing her Grandmother is ill, Maisie prepares to visit her. She dons her favorite scarlet cloak and becomes Red Riding Hood. Journey with her to experience breathtaking visuals and an immersive audio experience. Make a life alternating decision that will affect the flow of the story. Experience the dangers and the exciting of the world of Red Riding Hood.

Castlevania Dracula X – Richter Belmont must take up his family’s legacy and face Count Dracula if he is to save his beloved. Defeat legions of monsters in this multi-ending, multi-story entry in the classic Castlevania series. Click here to watch a trailer for the game.