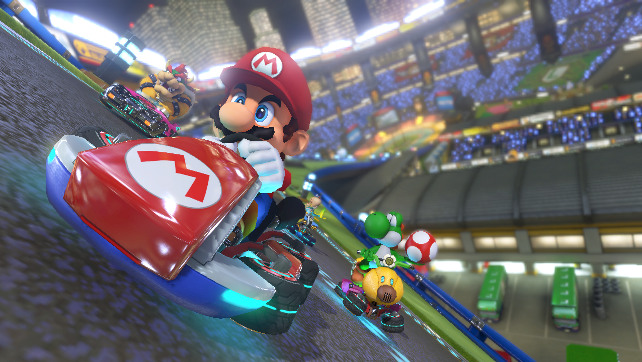 Mario Kart 8 is on its way towards being a one million seller.

In data released today by Nintendo, the latest Mario racer has sold 470,000 physical and digital units in the month of June in the United States. Add that to May sales and the current number at the end of last month sit at 885,000 in the U.S. alone.

Nintendo also reports that total sales for the Nintendo Wii U console have increased by 48% and software sales are up 129% over the same period last year.

“These results reinforce the power of the Mario Kart franchise and speak to a bright future for the Wii U platform,” said Scott Moffitt, Nintendo of America’s executive vice president of Sales & Marketing. “History has shown that Mario Kart games tend to have an extremely long tail. We fully expect Mario Kart 8 to continue to drive momentum for our hardware and software business through the holidays and into the foreseeable future.”