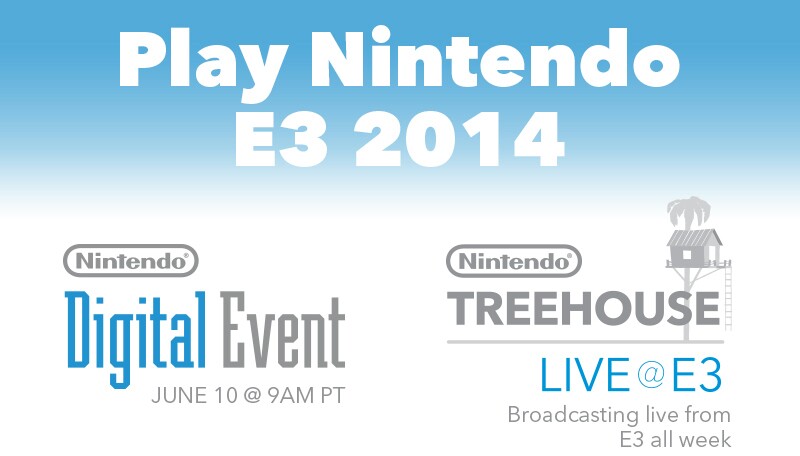 On June 10th, Nintendo will air the Nintendo Digital Event at 12pm ET via http://e3.nintendo.com. Fans will enjoy breaking news about great gaming experiences on the way for Wii U and Nintendo 3DS in 2014 and beyond.

Later in the day on June 10th, Nintendo will broadcast the Super Smash Bros. Invitational tournament. 16 highly skilled players will compete in Super Smash Bros. for Wii U. The event starts at 7pm ET with live-stream viewing on Nintendo’s Twitch channel.

Finally, Nintendo Treehouse: Live @ E3 will br broadcast during all hours of E3 on Nintendo’s Twitch channel (excluding the Super Smash Bros. Invitational event), members of Nintendo’s Treehouse will be live-streaming exclusive game demos from the Nintendo booth on the show floor. In addition to demos, Nintendo will deliver the latest game reveals, plus visits from developers like Shigeru Miyamoto.

The unscripted three-day event will air June 10-12, providing an insider’s look at the Nintendo experience at E3, filled with surprises and unexpected moments.