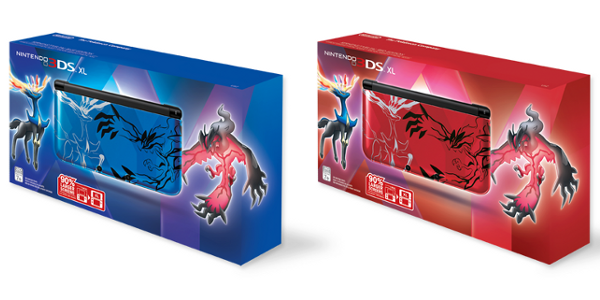 It’s been a while since I’ve played a Pokémon game and I haven’t really played one since the original Pokémon Red way back in the day. Back when I picked up that game the craze in North America hadn’t yet begun. The television show wasn’t airing on television and kids weren’t gaga over trading cards. Heck, no one knew what the game was. Not even the guys at the video game store where I got my copy.

The main reason why I grabbed the game was based on the description from a friend, another founding member of Darkain Arts Gamers. The idea that I could play an RPG and not only fight monsters, but also capture them and have them fight for me was something new to me and very appealing. It was only later that I learned about what the game was all about.

For the most part Pokémon X and Y for the Nintendo 3DS haven’t changed that much from the original Game Boy Pokémon Red and Blue games that I remember. The visuals of course are much better but everything that I loved in the first game is just the same.

Perhaps the reason that I haven’t played the other games is that I figured that the games would be too similar, but I kind of like the fact that this game is so similar. The sound effects and music is all very familiar. 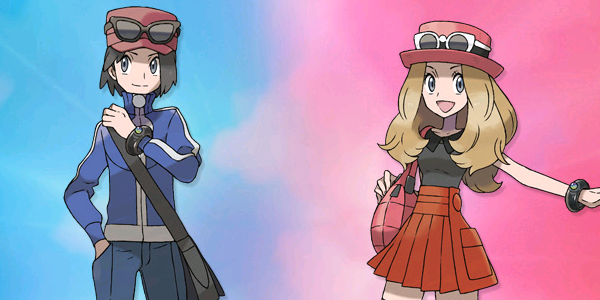 The adventure in Pokémon X and Pokémon Y takes place in the Kalos region, home to beautiful skies and forests! The Kalos region is full of interesting places to visit and explore! You’ll start off the game as per usual with your character getting him or herself a starter Pokémon and then heading off on a journey to collect Pokémon, defeat gym leaders and collect badges. Same basic formula but with lots more creatures to discover and unlock.

A new feature of X and Y this time around is the Mega Evolution. In the Pokémon series up until now, there has been a limit on how many times each Pokémon could evolve. However, Mega Evolution is a different kind of Evolution, one that surpasses that limit.

Mega Evolution is described as an Evolution beyond all Evolution, a transformation found only in the Kalos region. It has also been called the greatest mystery of Pokémon. In addition to far greater strength, Mega-Evolved Pokémon may also see their Ability change, or even their type!

Mega Evolution isn’t possible for all Pokémon though. Only certain Pokémon, under certain conditions, can achieve Mega Evolution. One of those conditions is a special item called a Mega Stone. These special stones exist for every Pokémon that can Mega Evolve, and each is named for the Pokémon to which it grants power. 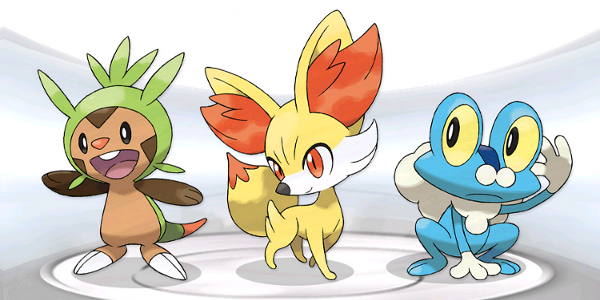 Some of the many Mega Stones are hidden in secret places in the Kalos region so finding them all will definitely be a challenge.

One of the things that I prided myself on in the original game was my collection of Pokémon. I played the game tirelessly for hours on end to collect every last Pokémon I could. Along with a friend of mine who had the blue version of the game we did just that. I managed to collect each and every creature in the game, including Mewtoo and Mew and had all 151 Pokémon. It took a lot of trading between games but I made it happen.

Of course that was years ago. When I pop my cartridge in my Game Boy Colour I get a nice little message when the game loads that makes me both laugh and cry at the same time. The message reads “Your save file is destroyed.” Not corrupted or lost, but DESTROYED.

With the mass expansion of Pokémon in the latest game this quest to ‘catch them all’ could take me a while. And I’m up for the challenge.

In the game you can either choose to play as a boy or girl character and, once you give your character a name, can choose between one of three started Pokémon. As I remember from the first game the three options are elements of fire (Fennekin), water (Froakie) and grass (Chespin). You are soon off on your way to collect the Pokémon, battle for badges and explore the region. 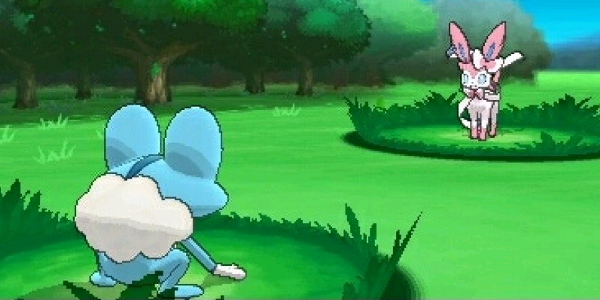 As you play through you can raise the stats of your Pokémon through the normal means of battling and gaining experience, but there is also a new way to increase your base stats. The game now features a new Super Training feature which enables you to raise a Pokémon’s base stats more easily than before. Raising these base stats will lead directly to higher stats, meaning more powerful hits, sturdier defenses, or quicker moves! Competing in mini-games unlock punching bags that your Pokémon can use to train while they’re not in battle in the game and you can also give them a hand to improve their stats even faster.

It’s a nice little addition to the game.

Overall if you’ve ever played a Pokémon game you’ll know what to expect out of X and Y. If you’ve never picked up a Pokémon game before this latest entry is very easy to pick up and play as well as get lost in for hours.