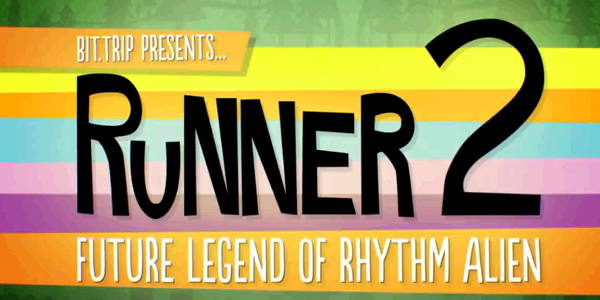 Quite a few things released today including a new Wii U eShop title, the 3DS demo for the new Castlevania game, as well as a few new 3DS eShop titles. Plus Fractured Soul is on sale, time is running out to pick up the FREE DLC for Fire Emblem and a new release is up for WiiWare in the old school inspired Retro City Rampage. Check them all out below.

Initially set 25 years after the events of Castlevania: Lords of Shadow, Mirror of Fate will reveal the story of Gabriel’s descendants, as they battle their own destiny in each era only to discover their true, shocking fate. Trevor Belmont, a knight of the Brotherhood of Light sets out to avenge the death of his mother, at the hands of his own father, who has now returned from years of exile to take up residence in a mysterious castle. What was once Gabriel Belmont now stands a powerful vampire called Dracula. Dracula has declared war upon the Brotherhood and thus the scene is set for a cataclysmic showdown between Father and Son!

Old-school platforming on two screens! Fractured Soul is a classic side-scrolling platform game with a twist: it is played across both screens at once! Created by platform gamers for platform gamers, and exclusively for 3DS, Fractured Soul literally adds a new dimension to this much-loved genre. You are forgotten. Stranded on an outpost in deep space, you remember nothing of who you are. All you know is that you are different. You are able to shift into a parallel dimension at will. The outpost has been invaded, and is now swarming with hostiles. Escape is imperative, and with danger on all sides, it is only your unique power that can give you a fighting chance…

The Champions of Yore 1 map is available as a free download only through March 6, so be sure to visit the “Outrealm Gate” in the game soon to take advantage of this special offer. You can also keep the adventure going with the new EXPonential Growth map, the second installment of the Golden Pack and said to grant tremendous experience to those who defeat the Entomed, a rare variety of Risen soldiers. The EXPonential Growth map is now available for $2.50.

Accompany the famous adventurer David on his most mysterious mission yet – the one that will change everything! Follow the trail of ancient heroes, past the Oracle of Delphi and the Theatre of Dionysus to experience the mystery of the Gods of Olympus! Discover the treasures of this once magnificent culture. Don’t let your guard down though: you’re not alone! Only by correctly combining the symbols will you complete all 300 Mahjong levels. Play in Adventure Mode, choose your favourite board in classic Mahjong and try one of 10 variations. Enjoy the mystic atmosphere.

Build your own roller coasters using fast and intuitive touch screen drawing and editing controls. Then jump right into a coaster cart seat to experience the ride in thrilling 3D. Use the Track Wizard to add Loops, Corkscrews, and Twists. Take Mii characters for a ride on your coaster. Share your coasters with friends. In career mode you will start as a coaster design apprentice and work your way up to a master designer. Along the way you will unlock new theme park locations, cart models, decals, and more. Use these items to build custom Theme Parks for your coaster to roll through. Select a steel, wooden, or inverted track type, and then draw the basic track design on the touch screen. Coaster Creator 3D will turn this design into a completed roller coaster in full 3D in just seconds. Coaster Creator 3D allows players to quickly and easily create thrilling 3D rollercoasters. The possibilities are unlimited.

This 8-bit throwback warps you BACK TO THE ’80s. Cruise through the open-world in stolen vehicles while outrunning the law and mowing down fellow citizens! Jump on pedestrians for coins, or use them for target practice with over 25 weapons and power-ups! WHOA!