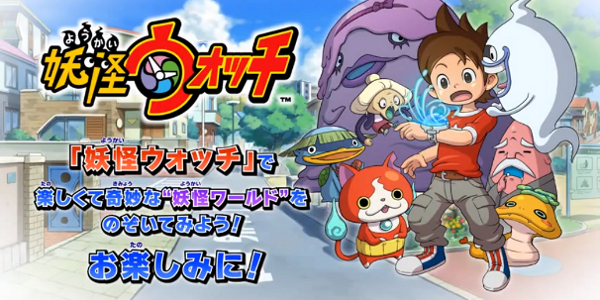 Level 5 unveiled a trailer for their upcoming game Youkai Watch at the 2013 Winter World Hobby Fair. The Nintendo 3DS RPG looks beautiful with full animations in the battles that look like they’re right from a television show, which is likely to air alongside the game’s release.

A manga series is also in the works as well.

The ‘monster battle’ role-playing game seems to feature a roulette wheel on the touch screen, allowing for the creatures being used to battle your opponents rotated out in favour of other creatures. Looks like a blast, though there is no release date for the game as of yet nor any work on if/when it will see a release on this side of the Pacific.

Take a look at the latest game trailer for Youkai Watch from Level 5 below.