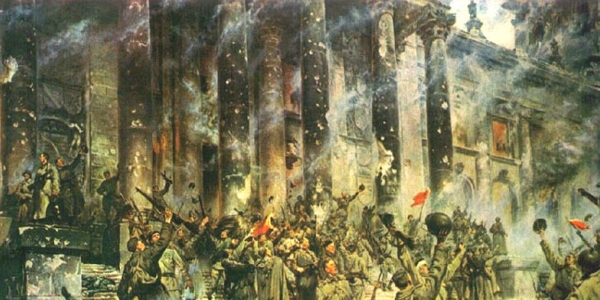 Slitherine and Matrix Games have just announced the release of the Panzer Corps Grand Campaign ’45 East DLC. This is the seventh DLC for Panzer Corps, the turn based strategy game by The Lordz Games Studio.

As the name suggests, this DLC campaign focuses on the final months of the war from the German perspective. Things aren’t looking too good for the Wehrmacht as most of the maps take place in (then) German territories like Königsberg, Breslau, and Berlin.

If you are unfamiliar with Panzer Corps, it is an excellent Panzer General clone. The vanilla campaign is fairly epic, but the DLC campaigns upped the ante with gigantic maps and more varied objectives than “kill everybody and take their hexes.” If this sounds interesting to you, then try out the demo here. Read on for more information about the DLC and an unrelated music video featuring scenes from a Stalin era Soviet film about the battle for Berlin.

As Soviet forces close in from the East, the Wehrmacht prepares its forces to defend East Prussia, Poland, and the home soil of Germany itself.  Take command of your forces once again and prepare to face the might of the Red Army head on in the final battles of World War II.

This DLC includes 14 all new scenarios, featuring new and unique objectives such as rescue missions, destroying enemy bridgeheads, and fighting across a frozen bay all culminating to the final conclusion of the epic Grand Campaign.  Will your valiant forces be doomed to repeat history, or is there still hope for Germany?