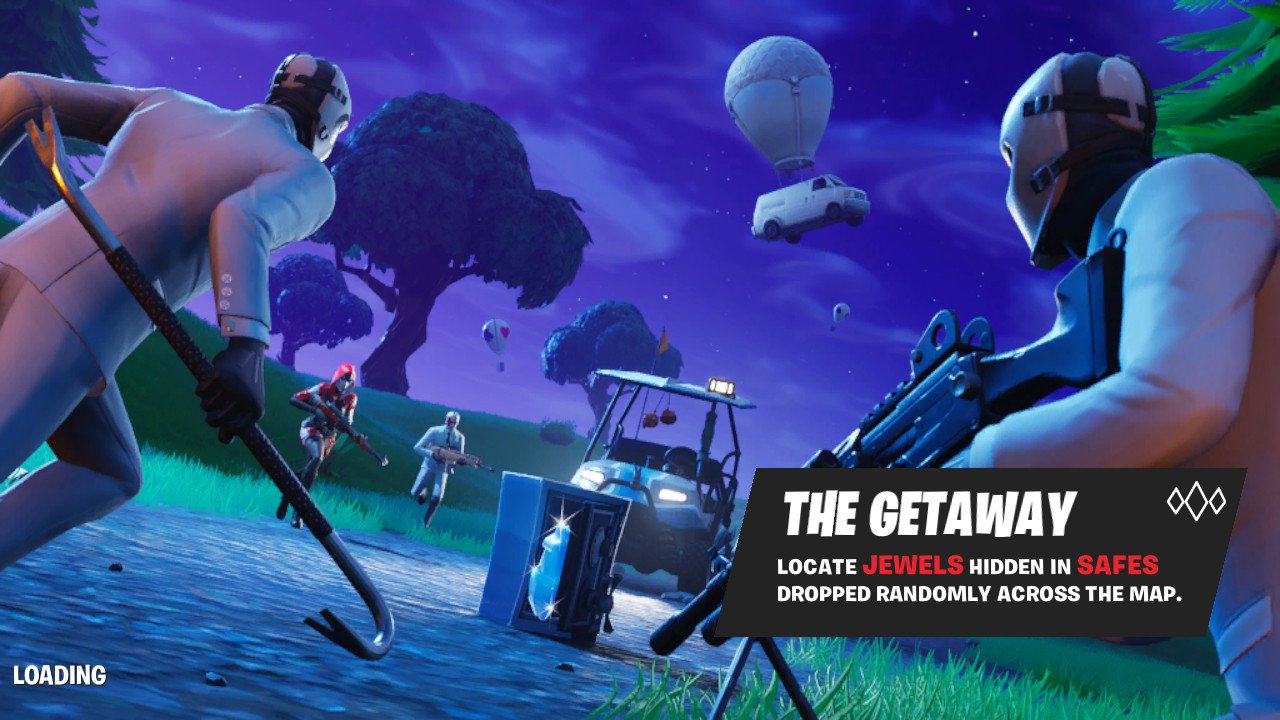 For a battle royale game that regularly has modes that cranks up the ‘ridiculous meter’ to 11 with situations where players can soar through the sky with ease or use nothing but explosives and jetpacks   – what’s the easiest way to ensure that as much destruction as possible is going to occur? Apparently the answer to that question is give squads of players a single objective.

Doing The Crime, In The Shortest Amount of Time

Fortnite: Battle Royale’s brand new Limited Time Mode is called ‘The Getaway’ (not to be confused with the Sony first party title on the PlayStation 2 from 2002) and like the title implies – players are tasked with grabbing a sought after score from a set location and getting the heck out as fast as possible. To accomplish this seemingly straight forward objective players are divided into squads and asked to go to one of four drop locations where a safe is about to spawn. Once the safe spawns a single player is able to claim the crystal llama inside and they’re supposed to make it back to the escape vans before time expires. 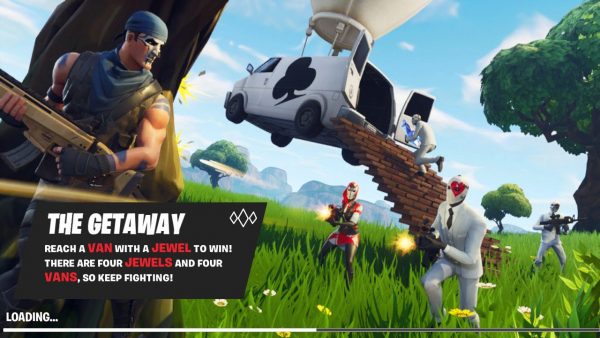 On paper the above sounds like it rewards communication and teamwork but given that this is Fortnite: BR, where a pink mascot bear can kill you seemingly out of nowhere with a pickaxe, things rarely go as planned. In just a couple of hours of play I encountered the following hilarious hijinks: 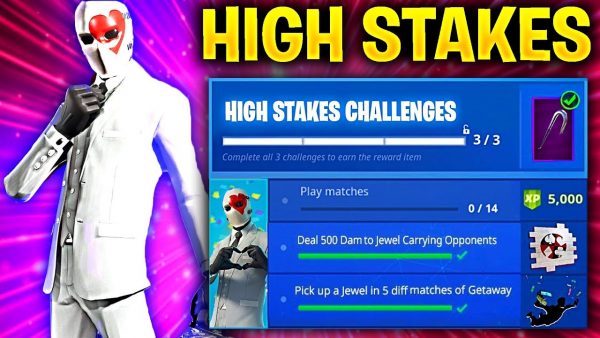 Unlike most of the highly publicized Limited Time Modes, Getaway comes with its own unique set of challenges that unlock special in-game rewards. These challenges aren’t tied to the $10 Season 5 Battle Pass, meaning that they are open to everyone. Sadly the center piece of the event, those white suit wearing heist skins, are only available through real money purchase.

Here are the Fortnite: Getaway challenges:

Are you enjoying The Getaway LTM? Let me know in the comments section. I’ve yet to complete the ‘deal 500DMG’ challenge but with a week left, there’s still plenty of time.