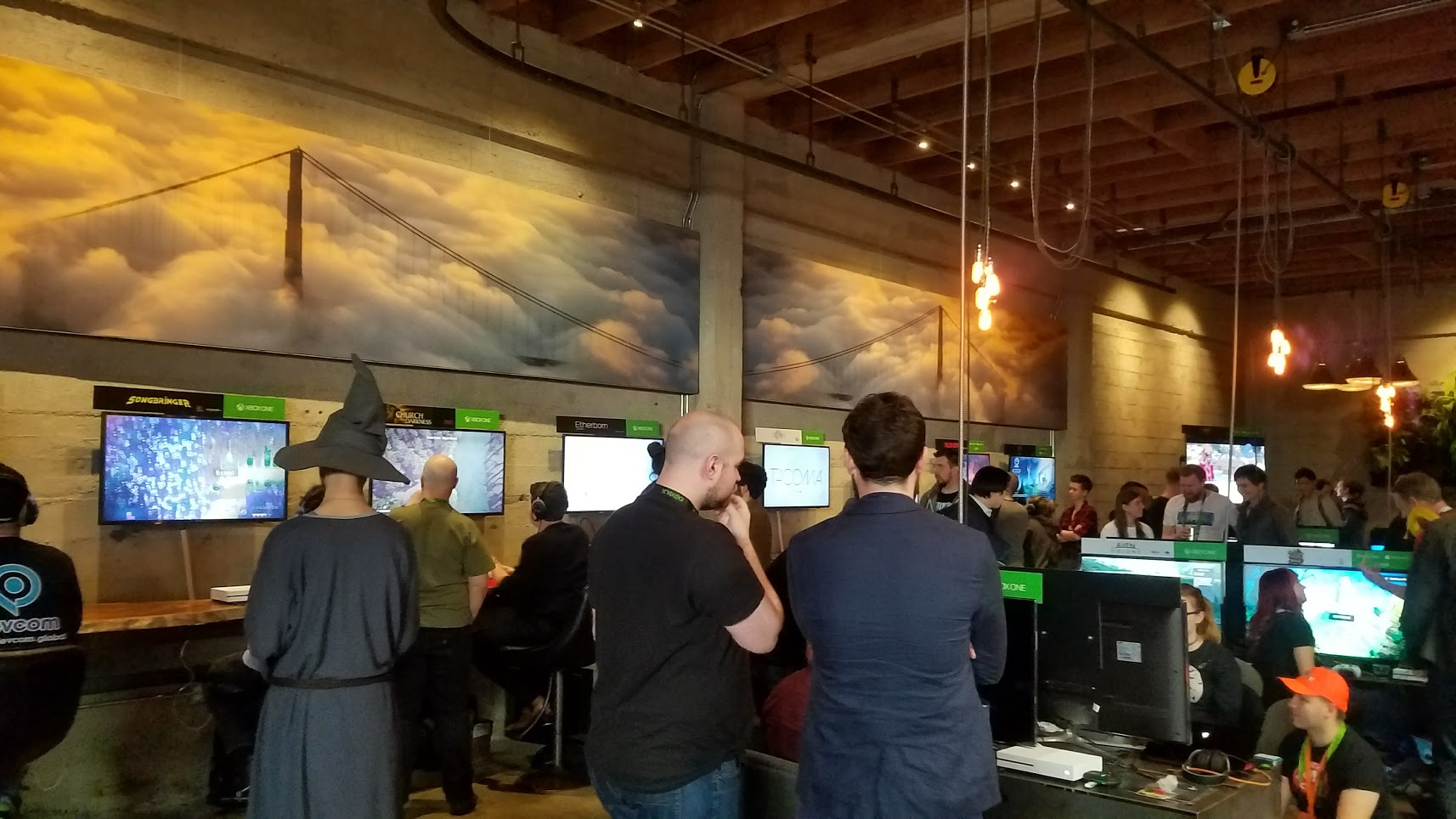 The Game Developers’ Conference lets independent game makers to show off their projects in a professional setting, while giving platform holders and publishers the chance to show off their lineup to budding talent. Amongst the sea of VR and game service companies, indies got their chance to shine at a few events at the show – in particular, Microsoft’s ID@Xbox showcase.

Held at a private loft in downtown San Francisco, the event gave us a look at upcoming indie games to grace Windows 10 and the Xbox One. Among these, some of the standouts included Ooblets, the adorable life sim/role-playing game developed by Glumberland, Church of Darkness, a top-down stealth game by Paranoid Productions that tasks the player with infiltrating a cult compound, and Etherborn, a dreamlike gravity-bending puzzle platformer by studio Altered Matter. 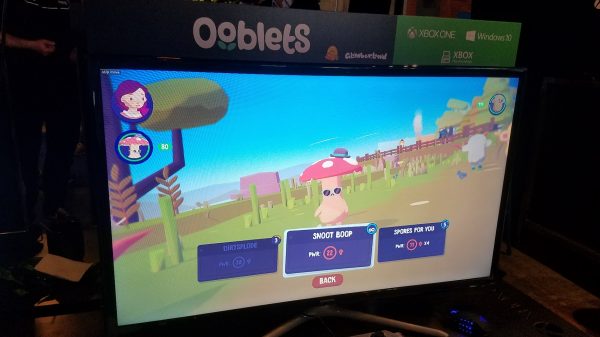 The developers behind Ooblets stated in our interview that they wished to make a game which combines the most compelling elements of Harvest Moon and Pokémon into a single experience, marrying the meditative slow-life farming of the former with the collection and companionship of the latter. The game is designed to evoke the same soft, safe, endearing, and  feminine aesthetic that both series pride themselves in, touting a visual aesthetic very much in line with modern cartoon style trends. Ooblets is setting out to be the alternative to both series that emphasizes the strengths of both that often get ignored. 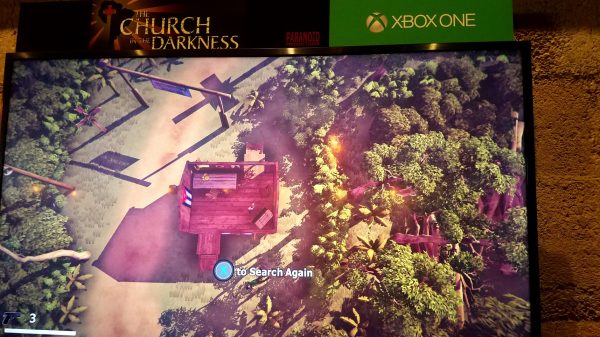 Church of Darkness, by contrast, takes a much darker and more tense turn into the stealth genre. The player must infiltrate a religious cult’s South American compound in the 1970s and rescue their sibling who has left home to join them. The game uses a top-down perspective to allow the player as much visual information as possible without using standard stealth conventions such as a radar. The setting alone does a great job of establishing unfamiliarity and unease in the player, something well-suited to a stealth game. Plus, the wealth of ways with which the player can interact with the environment allow for some rather creative puzzle solutions, leaving the player feeling unrestricted in ways other stealth games do not.

Finally, the last standout was Etherborn, a game that prides itself on its eerie, misty, dreamlike visual aesthetic, as well as using it to support its gravity-twisting movement mechanics. In the game, the player can move up walls when approaching them with a ramp. Manipulating the gravitational standards of whatever polarity to which they are currently oriented is the key to the game’s puzzles. Falling down holes in the ceiling and establishing a sense of continuity to abstract spaces are necessary in the demo’s later levels, and make Etherborn out to be a gorgeous-looking standout of the puzzle platformer genre.

Microsoft’s Xbox One still has a lot to prove if it wants to keep up with the current indie clout of Sony’s Vita and PlayStation 4, but it is putting up a very compelling show of confidence with this show. Giving developers cheaper access to development tools, cross-platform certification through the Windows Store, cheaper certification fees, and big industry-facing events such as this one are a good sign that Microsoft still believes in the importance of independent development for its platforms.