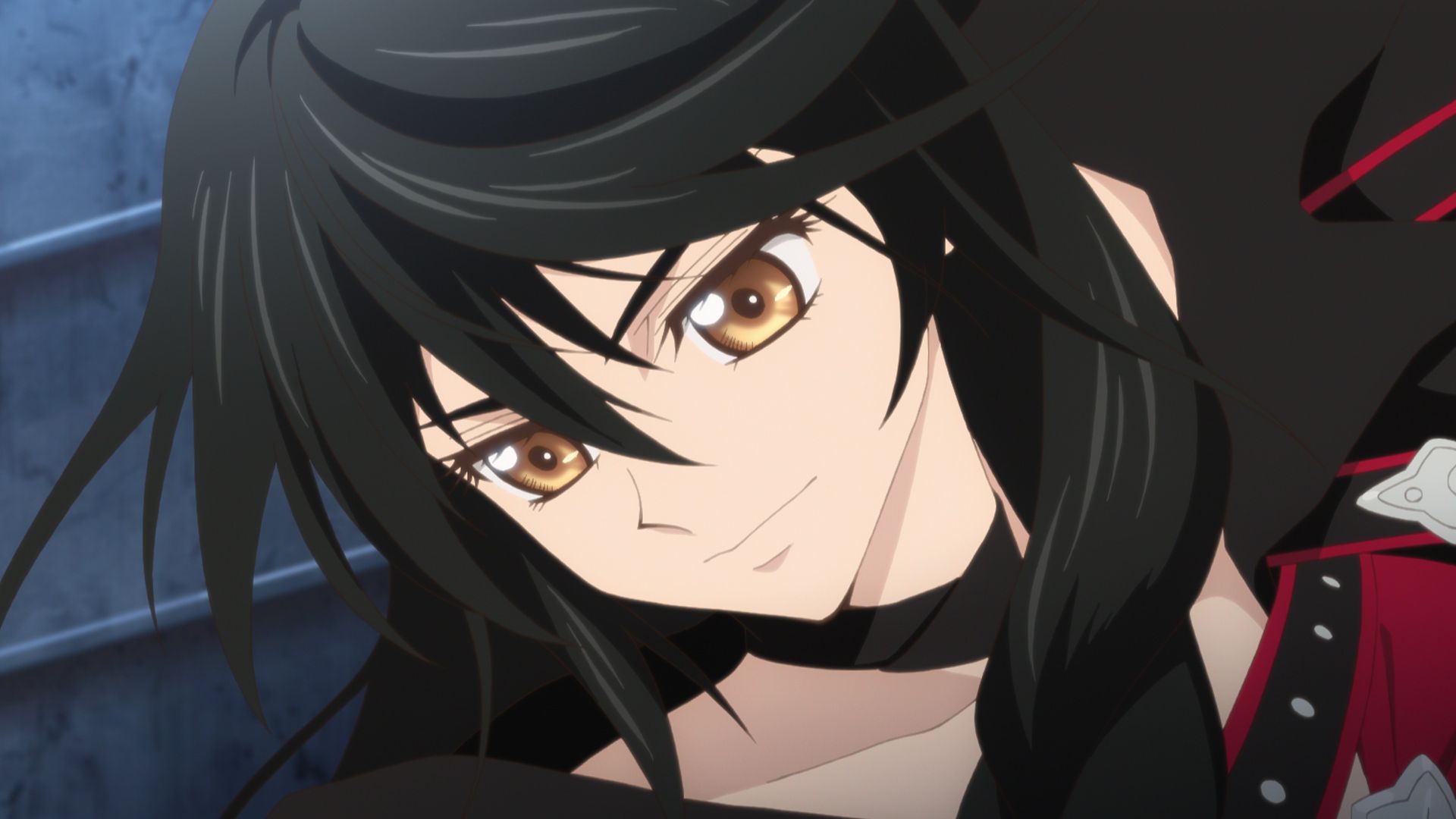 Fans looking for will have to act fast because it will be limited to a production run of 1500 copies according to a press release issued by the publisher. It is not known if this allotment will be divided between the North American & European regions or if each has their own 1500 Collector’s Editions up for grabs.

As for what $199.99 CDN will get you, here is the complete list according to the official Tales Of blog:

Everyone who pre-orders the game will be given a limit edition set of collectible pins featuring characters from the game. Also available (depending on region) will be a limited edition keychain for those who pre-order.

Here is a look at both pre-order bonuses: 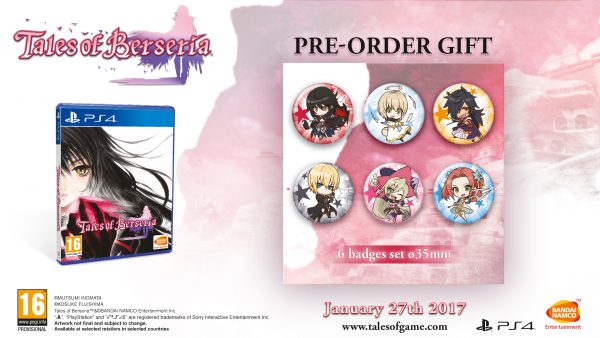 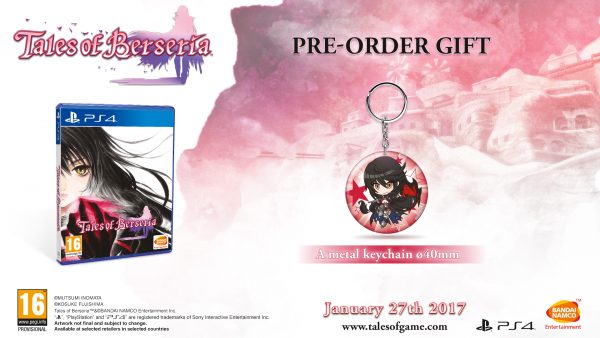 Tales of Berseria was originally this past August for both PlayStation 3 and PlayStation 4. Odd that the PS3 version has been omitted for the western release but perhaps it has something to do with absolutely massive adoption the PS4 was seen in recent years.