Multiple leaks may have confirmed a number of new additions coming very soon to the world of Overwatch including a new limited time event, a new set of loot boxes and our first look at the illusive Sombra. It is important to note that none of this has been confirmed by Blizzard and all of this information comes from multiple sources, so make sure you firmly plant all of this in the rumor column until it is officially confirmed. 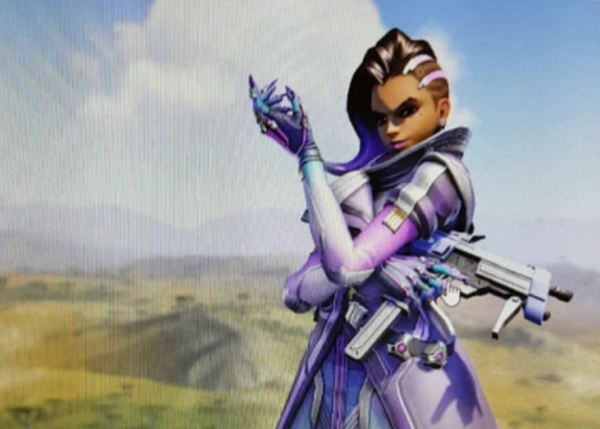 The leak involving our would be hacker / assassin comes from reddit user je_te_vois who posted an internal screenshot that not only gives us our first look at Sombra’s in-game design but also details about her background.

Sadly this portion of the leak is short on details about she might play in-game. Here’s a list of what we do know:

In terms of her design she sports a small SMG machine gun, a purple and white leather coat with a large collar. Her aesthetic is completed with a glorious side-cut, here just take a look for yourself: 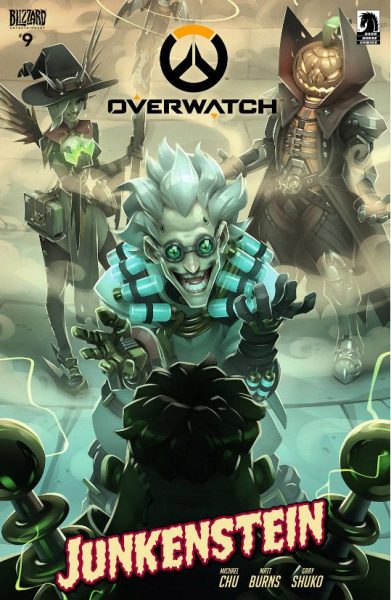 A brand new tie-in comic revealing a bit more about the Overwatch universe may drop as early as this Tuesday and the cover art for the comic tells us a lot more than just little tidbits of backstory. Titled “Junkenstein” this comic appears to be one of the centerpieces of the game’s upcoming Halloween event. Inspired by classic monster movies (for its title) and other Halloween tropes we see new outfits for both Junkrat and Mercy.

Also rumored to be coming to Overwatch (via Neogaf) but with a lot less information to back it up is a PVE horde mode where players will battle against Omnic A.Is on a special version of the Echenwald castle – sadly we have no images or further details on this possible new mode but if it is true, this would add a much needed PVE focus to a game that has been soley PVP focused since its release. 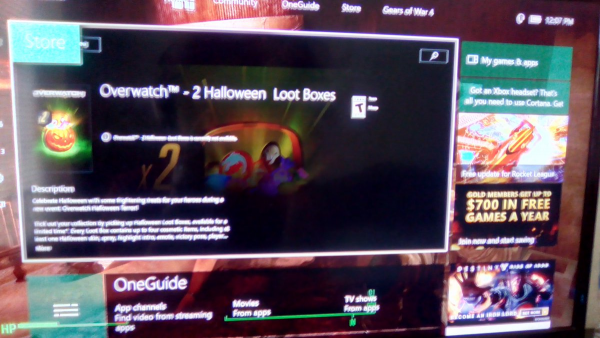 Lastly what would a brand new event be without more loot boxes? Given the comic cover it is safe to say that there will be new Halloween inspired legendaries available. These loot boxes appeared briefly on the Xbox Live Marketplace so there is a high chance that they are legit.

What do you think of all of this? Quite a bit to chew through but if legit then Overwatch is about to get one heck of an expansion come this Tueaday.

We will update this story if anything becomes official.