343 has not exactly been playing Halo 5: Guardians close to the belt, but one thing we have yet to see are some of the new designs for equipment and vehicles that will be available for purchase in the games new requisition system. The new vehicles are recognizable with just enough difference to make them interesting. 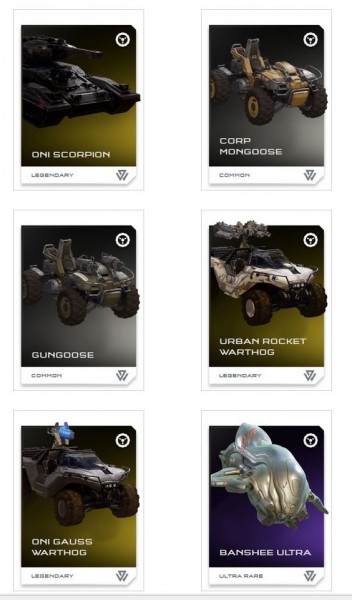 Most fans would agree that these new designs are cool, still recognizable but neat new twists on classic Halo vehicles.  Also hinted at here is a card like system as we recently saw in Titan Fall and the new Star Wars Battlefront.