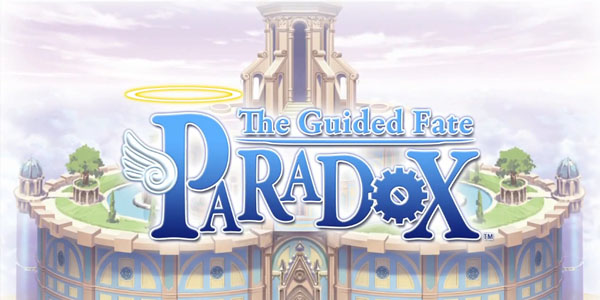 NIS titles are no stranger to heaven and hell inspired themes in their games with Disgaea and several others in their library. So it shouldn’t be too surprising when we say The Guided Fate Paradox focuses on a high school student named Renya who becomes a “god” by winning a lottery in a mall. As such, Renya travels through a reflection of the real world known as the Copy World to answer peoples wishes.

Interestingly, the game is being developed by the same team as Disgaea: Hour of Darkness. However, as much as the game looks like your usual tactical adventure, the YouTube page notes the game as an “extremely approachable roguelike RPG”. It should be interesting to see how that plays out. Want to see more? Check out the trailer after the break.

The Guided Fate Paradox is on the way this Fall. NIS America is also releasing a sequel to the original Disgaea, known as Disgaea D2: A Brighter Darkness this Fall as well! It’s going to be a great time for NIS gamers!