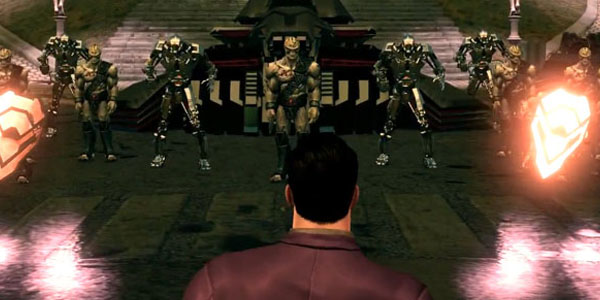 It’s no surprise with this quirky series that takes itself less and less seriously with each sequel, but yes, this time you are the president (seemingly still in your Saints Row custom character lead) fighting an alien race known as the Zin. The game isn’t that far off either, set to be released on August 20th for PS3, Xbox 360 and PC!

Check out the newly released, “Meet The President,” trailer after the break. This will be the first Saints Row release after Deep Silver picked up the series as it’s new publisher in the unfortunate auctioning off of THQ’s franchises. Volition is still at the helm however, so fans who love the series progression have no reason to fear.