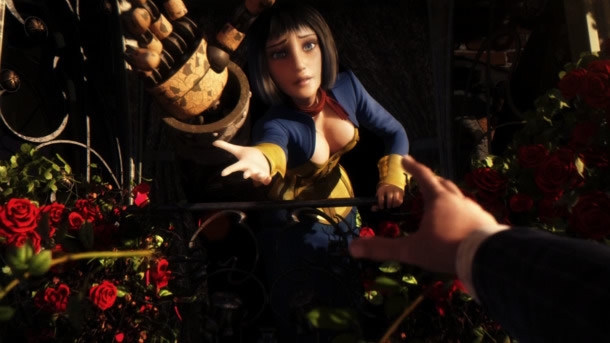 Who’s ready for Bioshock: Infinite? Well, the wait isn’t too much longer (for me…about 6 more hours since I’m headed to the midnight launch!) as it hits retail stores tomorrow! If you are on the fence about this game I highly recommend you jump off that fence and get to your local game store tomorrow as Bioshock: Infinite has been well received by the critics thus far. The PC version, via Metacritic, has over 38 critics reviews thus far and is averaging in at 95/100. That’s pretty impressive so far.

The launch trailer for Bioshock: Infinite has been released today from 2K games & Irrational Games to get you more pumped up for it’s release.

If you have missed our previous coverage, you can check out the ‘False Shepard’ video by clicking here. Bioshock: Infinite also has a Season Pass that you may want to check into as well. I don’t know about other retailers, but if you go to Gamestop and buy the game, strategy guide, and the season pass you get $20. So basically you’re getting the season pass for free. Pretty sweet deal if you ask me. If you’re in the spoiler type of mood and want to see the first five minutes of the game, we have that for you too!

Oh, by the way…there is apparently a Konami code that unlocks the ‘1999 Mode’ in the game that you can type in to unlock the hardest difficulty from the start. No idea if it disables the achievement/trophy for completing that mode…so be warned!