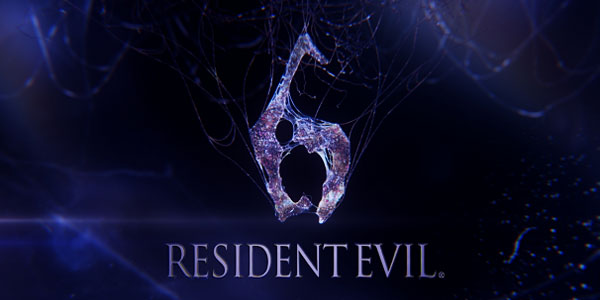 It’s been a busy week, especially with the TGS that started recently. I’ve had a chance to sit down with the demo for RE6 and it has a mix of content to enjoy. Keeping in mind this is just a demo, lets take a look at the first two demo campaigns in single player mode.

I started with Leon’s campaign which drops you right into an outbreak at a school campus. I should note, you are given the option of online play at the start. Being generally an introvert gamer, I chose offline and continued on my way. This campaign right away sold me on the game. I know that sounds rushed, but it really did have a solid RE feel to me. The problem is, it doesn’t focus only on the sort of action in Leon’s campaign, more about that later.

So with Leon and Helena we crept through the hallways and came across bodies that would spring to life. Of course, that’s moreso the first one you come across. Every body after that you have the desire to poke with a stick before crossing the path of. Good sense of suspense there. Plus the dark moody area obscures the virus victims very well, allowing them to silently shuffle in the shadows ahead of you. This works great for drawing you in close to an otherwise easy shoot from a distance battle.

A few issues I had were you couldn’t shoot bodies that were down when you got there. At least it didn’t seem like that was possible. If I want to waste my precious ammo in order to avoid a zombie jumping on me, I should be able to! That aside, the quick time events besides getting mauled by a zombie felt annoying. It helps keep you in the action when otherwise you’d just be watching a cut scene, and at least I don’t think I lost one once, but like most folks I’m not much of a fan of QTE’s.

Over all, this felt like Resident Evil. My time spent with Leon made me want to play through his campaign alone as a full game. This strongly felt like a horror survival game I’ve been missing and would gladly plunk down full price for.

Next I played Chris’ campaign. This was a stark contrast and felt very much like I was playing another game. I’m not complaining, it’s fun on it’s own merrit. I just didn’t expect it. There is a lot of fun to be had in Chris campaign which again gives you the online option at startup.

The infected this time have guns, or at least I think they’re infected, I’m rusty on my back story. Chris makes progress with a strike team along with an armored vehicle as they make their way through infected troops. This still works but it feels more like a war game with waypoint progression. It may have just been the switch in action, but it felt quite a bit different to me in that way.

I have to admit, during a standoff later into Chris’ story I was overwhelmed and still need to go back to complete it. I also havn’t played the third campaign option yet and plan to review that later. Chris’ campaign was still enjoyable but I definitely will favour Leon’s story much more I’m sure. It may have just been the nostalgia of needing a key card, but most of all the time I spent with Leon felt like a state of the art Resident Evil game at it’s finest.