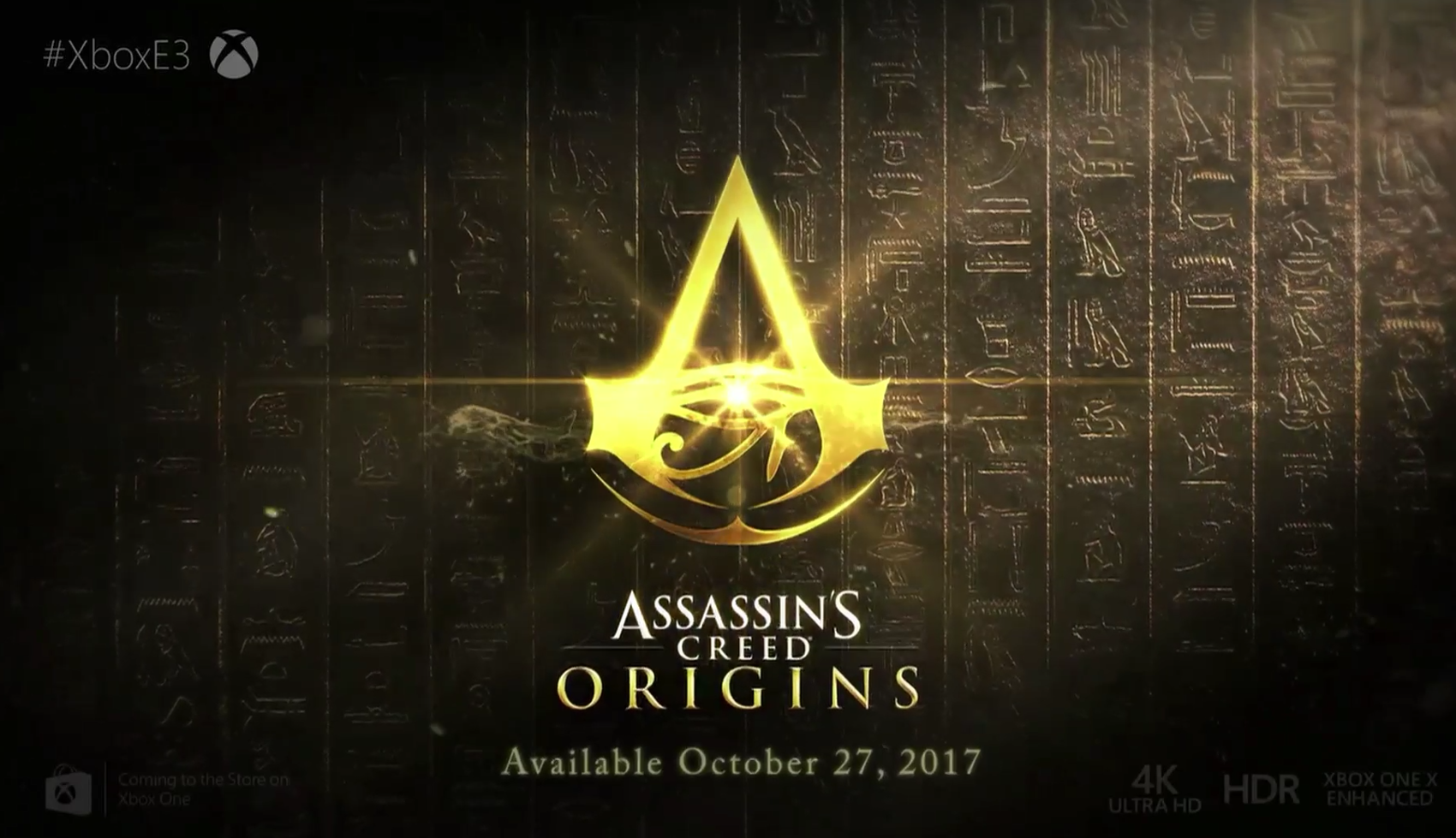 Rumors about the Assassin’s Creed franchise making the trip to ancient Egypt with a pair of Assassin’s Creed: Origins videos unveiled at Microsoft’s E3 press conference this morning.  Players will witness the birth of the order of Assassins featuring the first person to ever don the hood of the order who oppose the Templars. The game’s protagonist is an “Egyptian Sheriff” of sorts according to the game’s Creative Director.

It will be out on October 27th, check out both the cinematic trailer and five-minute gameplay demo below.