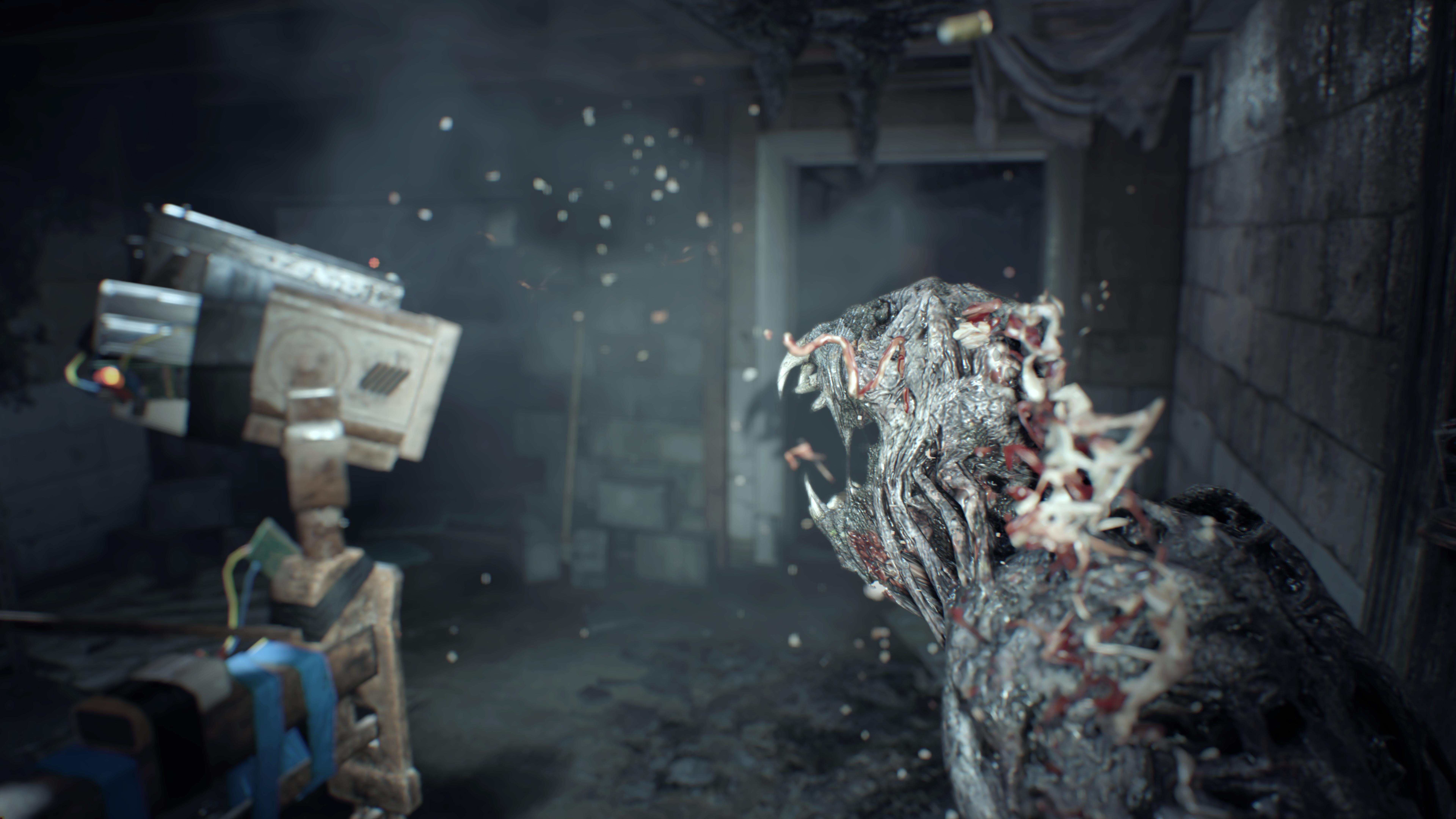 Capcom has released the latest the two Banned Footage DLC packs for Resident Evil 7 on both Xbox One and Windows via Steam the publisher has announced. All of this DLC was previously released on PlayStation 4 first. Both packs are also included with the Resident Evil 7 Season’s Pass. Banned Footage volume 1 is priced at $9.99 USD while volume 2 is priced a bit higher at $14.99 USD according to Capcom’s press release.

Resident Evil 7’s director, Koshi Nakanishi, explained how these add-on tapes allowed the team to experiment narratively and show players some of the motivation behind the actions of the Baker clan. Here is the full quote:

“We had more freedom in the DLC to let the team try different things. Each of the experiences lets us explore one concept in depth in a way, so for Nightmare it was pure combat. In Bedroom, I wanted to show Marguerite in detail and give players a chance to finally try the food she got so upset you didn’t eat in the dinner scene. You can literally eat it until it kills you.”