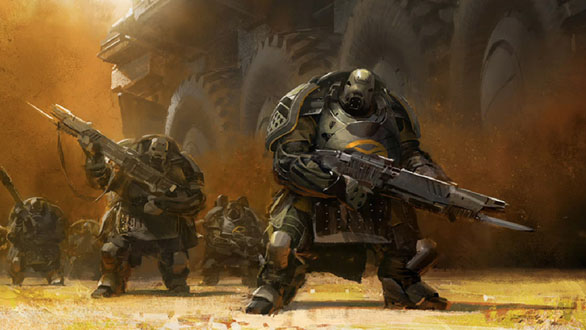 There’s nothing set in stone about toy sets. Manufacturers aren’t bound to make products that follow series canon perfectly. So gamers shouldn’t look too far into this latest announcement about leaked Mega Bloks Destiny sets, however one interesting detail has emerged. One set focuses on a battle that occurs against the Cabal in the Tower on Earth.

Many are speculating this is a nod to Destiny 2. Other leaked information has suggested that the Cabal would be a major part of the sequel’s story. Considering they took a back seat so far in all of the raids from the original game, that assumption doesn’t seem far fetched. What I would like to see, and what I really hope is happening here, is that this is the epic conclusion to Destiny 1.

Think about it for a minute. Speculation has been that the Tower wouldn’t be the social area of Destiny 2. The sequel is seemingly about moving on and exploring new areas. What better way for the original game to wrap up would there be than to have the Tower fall? Let alone it sounds like you can’t bring your character along into the new game, or at least equipment doesn’t carry over. Again, all speculation since we do not have official word on any of this yet. If that is true however, the Tower falling could be an epic set piece to go out on. Your previous hero(s) could potentially have given their lives to save the city below in an all out battle against the Cabal. Destiny 2 could be about taking up arms against the Cabal and fighting back after this confrontation.

Whatever is going on, I’m putting in my two cents and betting on that. Just because I think that would be an epic wrap up to the game we’ve all come to know and love these past two years. So let’s see where this goes! For more details on the other leaked Destiny Mega Bloks sets check out VG247’s post.