Before Nintendo officially announced Sun and Moon I made a list of predictions of what I expected Nintendo would announce this year. Atop that list was another Pokémon game but it wasn’t a brand new game that I had predicted. As with tradition I thought that we would surely be getting Pokémon Z, a third game companion to X & Y. Third games have become a tradition after the first pair of games. Well I was wrong and we didn’t get Z; we got something even better.

Overall Nintendo didn’t reinvent the wheel with Pokémon Sun and Pokémon Moon. Things weren’t shaken up and no one at The Pokémon Company overturned the cart to start from scratch. Why mess with a proven winning formula? What the folks behind the game did is keep what we have come to know and love with the series and inject just enough freshness into the game to make it another winning entry in the series.

Don’t get me wrong. There are definitely things that have been long sought after that haven’t been included in the game, but wishlist items aside Pokémon Sun and Pokémon Moon are great games. (From here on I’ll refer to the games as Sun & Moon. 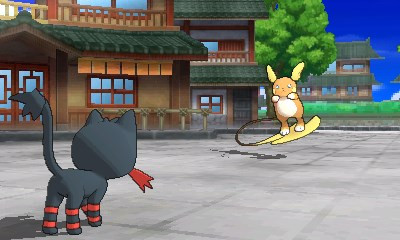 In Sun & Moon you embark on a new adventure as a Pokémon Trainer to catch, battle, and trade Pokémon on the tropical islands of the Alola Region. That much hasn’t changed with the travels to the new region of Alola but a lot else has changed.

As with most of my reviews I won’t be talking about the storyline of the game. I’ll leave that for you to discover on your own. But there will be spoilers.

One of the first notable changes in the series with Sun & Moon is the absence of gyms, gym leaders, and gym battles. In each region we’ve visited in previous games the whole goal to the game was to challenge each of eight gyms, defeat the leaders, collect badges, and inevitably face off in the Pokémon League. That’s out in this game, which I’ll admit brings a fresh change to the series.

Through the four islands of Alola you will challenge the island Kahuna before advancing to the next island. In order to face off and challenge the Kahuna in their grand trial you will first have to defeat a number of captains to show that you are ready and worthy of facing the Kahuna. Of course there’s a larger story wrapped around in these trials, but that’s for you to enjoy as it unfolds. 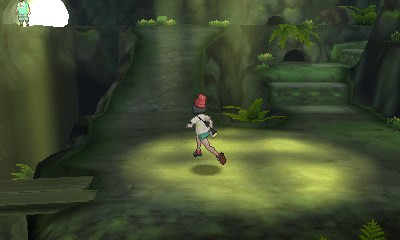 The trials from the various captains are varied, both in the types of Pokémon you will encounter as you progress through them as well as when you face off against the captain. For the most part each section has similar foes to face, but generally the mix of wild Pokémon you will encounter will force you to have a variety in your party. And the captain you’re facing isn’t always subject to having just one type at their disposal. And as with all games, the more you grind and level up your team the better you’ll fare.

As in previous games, Sun & Moon has so much more packed into the game than just the main storyline. Even aside from the sidequests in the game and the ultimate goal of trying to catch every Pokémon and adding them to your Pokédex, there are other things that you can do in the game.

The Poké Pelego feature is like a little resort island where you can engage in a bunch of micro diversions to add to the main game. Through the game you can keep your team happy by feeding them Alolan beans which you can get from Pokémon Centres on occasion. On the island you can collect these beans and even use them to expand the island. There you can also grow berries, send your Pokémon on quests to search for items, and you may even get visted by wild Pokémon who could join your team.

The game also has a new Festival Plaza mode which is where you can battle, trade, complete wonder trades, and more. In this mode you can also interact with visitors via the internet, compete in online events, collect festival coins, and purchase items with those coins. You can get deals on items, bouncy houses for Pokémon to train in, and dye houses where you can dye your clothes new colors.

None of these other modes are necessary to complete the game, but they do add another neat level to the game that brings it beyond just the core game. 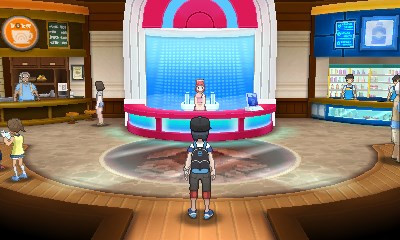 Sun & Moon also includes the nursury and egg hatching again, which I never played around with much in previous games. Making full use of breeding Pokémon can be used to customize moves in your hatched Pokémon, but one great use of it is to breed extra creatures. This can be especially useful if you have a friend with the game and have different starter Pokémon. This will truly help you “Catch ’em all” and complete that Pokédex.

Despite what I said in my earlier impressions from the Sun & Moon demo, the environments in the game are actually pretty detailed. Perhaps it was just the limited locations available in the demo. For the most part the environments in the game have a nice level of detail. It is somewhat disappointing that a lot of that detail can’t be interacted with in a meaningful way.

The music in the game is also exactly what I would expect from Pokémon and is consistent with previous entries.

One thing that I was a bit surprised is that the 3D in the game is extremely limited. Moreso than it was in Pokémon X and Pokémon Y. In X & Y the 3D was limited to battles and wasn’t included in any of the overworld gameplay. While this was disappointing it was at least satisfying to see the Pokémon in 3D during battles. However in Sun & Moon there is no 3D in battles at all. The only parts of the game that are in 3D are the camera scenes where you stand stationary and photograph Pokémon.

While lack of 3D in the game is by no means a dealbreaker, it’s disappointing.

Another small dissapointment is the fact that you can’t directly trade Pokémon from older games into Sun & Moon. In order to import your captured team you’ll first need to upload them to the subscription service Pokémon Bank (pending an update) and then into Sun & Moon, though they can’t be sent back to previous games after they are added to Sun & Moon. Though you can discover Pokémon which aren’t native to Sun & Moon by scanning QR codes and utilizing Island Scan, which is kind of cool and gives you one more thing to keep you busy. 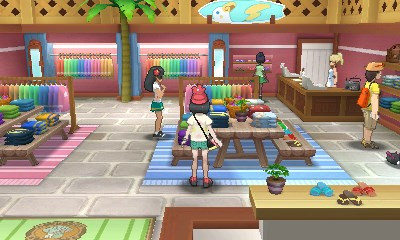 Another big introduction in the game are Z-Moves, powerful moves which can boost the effect of certain attacks with your Pokémon. Like the introduction of Mega Evolutions in X & Y, Z-Moves are moves of great power. To perform a Z-Moves a Pokémon must learn a move of the same type as a Z-Crystal, and it must be holding the corresponding Z-Crystal. And just like Mega Evolutions, which are back in Sun & Moon as well, Z-Moves can only be used once per battle.

There’s no need to sell you on Pokémon Sun and Pokémon Moon. It’s another fantastic entry into the Pokémon series and is just as much fun to play as previous games. If you’ve never played a Pokémon game before then don’t fear making Sun & Moon your first entry in the series. There is no learning curve and the game is very approachable.

Pokémon Sun and Pokémon Moon is another winner. It’s a must play.