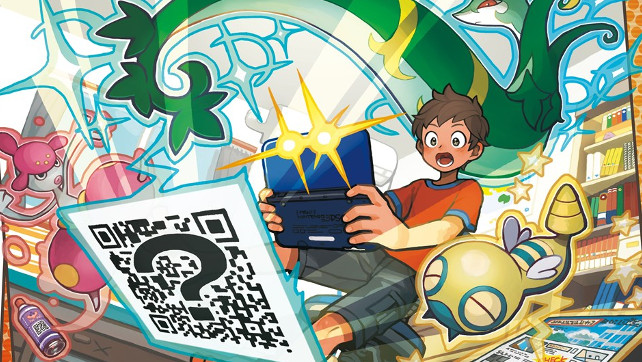 Today marks one month until the release of the highly anticipated Pokémon Sun and Pokémon Moon games for the Nintendo 3DS. The games are the next in a series with the last full games being Pokémon X and Pokémon Y from just over three years ago. While the demo is only a small taste of what the game will be when it sees a full release, it does shed some light on what the game will be.

The Pokémon Sun and Pokémon Moon Demo is being treated mostly as an instructional tool so if you’ve never played a Pokémon game in the past then this teaches you the basics. The demo covers battles, capturing Pokémon, facing off against trainers, using the Pokémon Centre to heal your Pokémon, etc. There isn’t anything Earth shattering in here.

Being fresh off playing Yo-Kai Watch I have to say that the Pokémon world in the demo feels a bit stale and lifeless. In the aforementioned Level 5 title the world was full of life, with great detail and life. You could click on and interact with lots of things which you couldn’t do in the demo. This limited interactivity really left me hoping for more than the bits of text when clicking on things. There wasn’t any humour or anything really interesting.

Also seemingly mostly missing is 3D in the demo. Aside from a small mini-game where you use your Rotom “camera” to take photos of Pokémon, there was absolutly no 3D in the demo at all. It was disappointing that X and Y only had 3D in the battles, but in this demo there wasn’t even 3D there. Presumably the 3D will be there in the full game for battles, but this leaves me wondering. I don’t often play games in 3D but games like Yo-Kai Watch and Gurumin 3D: A Monstrous Adventure changed that.

Another thing that wasn’t a Pokémon thing that is in both of those previously mentioned games was the ability to move the camera, or at least sway the camera. It would have been nice to see that here.

And why do all of the Pokémon in the game, besides Pikachu, still use the 8-bit digital screeches? Most of them have been in the anime and have established sounds, so why are they still not in the games?

One thing that I initially overlooked but I absolutely love in the new game is details and information in the battle menus. In previous games unless you had memorized the Pokémon and their type you were blind in battles. Is that a grass-flying or just a flying? I’m not sure if that’s a dragon type or not. What moves are effective against it? These were a lot of trial and error questions, especially with hundreds of creatures. Not any more! When you are in a battle you can tap on the an icon on the bottom screen to check out your opponent, see it’s type and what status modifiers it has on it. Special defence up and the like. Plus when you’re selecting your moves the screen shows you if the attack is effective, super effective, or not very effective. This is a very minor thing but a HUGE improvement.

Anyway the demo isn’t anything flashy but it’s something to get you ready for the full game. It introduces gamers to the new Z-Moves with Pikachu and there are a few things you can do in the demo, including playing around with a mini-game to catch Pokémon in a small competition. Though you don’t get to keep them. Ash-Greninja, the Pokémon that appears with Ash in the animated TV series Pokémon the Series: XYZ, also appears in the game. Plus, you can also save your progress from the demo and can bring Greninja, which is able to turn into Ash-Greninja after you complete the demo.