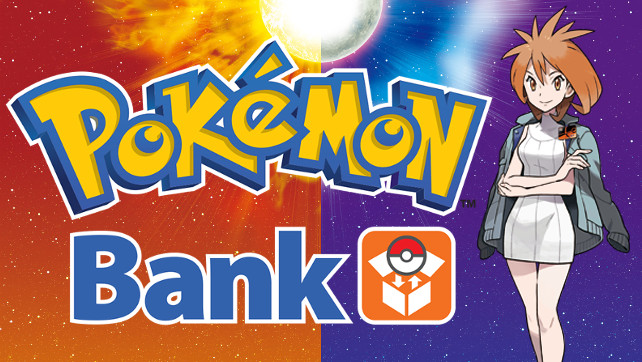 If you’re getting the upcoming Pokémon Sun or Pokémon Moon games, you’ll be able to bring your previous Pokémon into the new adventure. In January 2017 the Nintendo 3DS downloadable software Pokémon Bank, an application that enables players to put Pokémon they’ve been on past adventures with into internet-based storage boxes, will be receiving an update.

The Pokémon Bank application is a paid service with an annual fee of US $4.99 CAD $4.99 that will allow you to deposit, store, and manage up to 3,000 of your Pokémon in private Boxes on the Internet. Pokémon Bank also makes it easy to transfer Pokémon from copies of Pokémon X, Pokémon Y, Pokémon Omega Ruby and Pokémon Alpha Sapphire to a single game.

Pokémon Sun and Pokémon Moon will be released for the Nintendo 3DS on November 18th.