Virtual Reality motion controllers can add to the immersion of an interactive experience but setting up various base-stations and sensors can be a daunting task for the less hardcore among us. The Shift cross-platform controller purports to offer a simpler solutions for VR physical presence with a set of motion controllers linked to a pair of sensor armbands worn on the upper arm. Produced by San Francisco based start-up Finch, the Shift is said to match the functionality of the much more expensive HTC Vive and Oculus Rift. 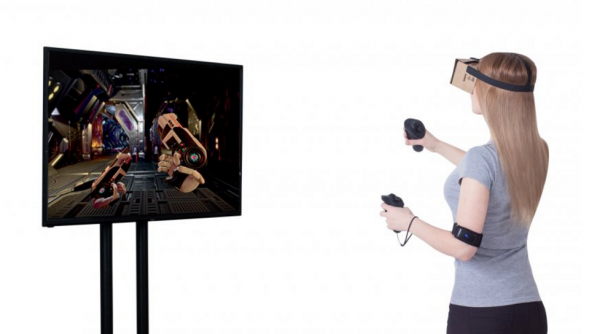 How does Finch achieve  these results without the need for multiple sensors in the users physical space? By employing the “inside-out” tracking technology that wraps multiple sensors inside of a device, a technique that is being used by Microsoft & partner’s upcoming line of affordable VR headsets. A player’s hand position are monitored through a set of IMU sensors – similar to the technology already found in the PlayStation Move, Wii Remote and smart phones for gyroscopic movement. By the end of 2017 Finch says that they will launch a “PC – Smartphone bridge” allowing players to use the cameras and sensors in their smartphone to provide room scale equivalent experience.

Developers and early adopters can already pre-order the Finch Shift controller DK1 (developer kit) for $179 USD on their website, with an expected shipment date of Feb 2017. Finch will be launching KickStarter for the controller with the consumer version aiming for a Q3/Q4 2017 launch. They’ll be showing off the controller at the Las Vegas Consumer Electronics Show next month as well. 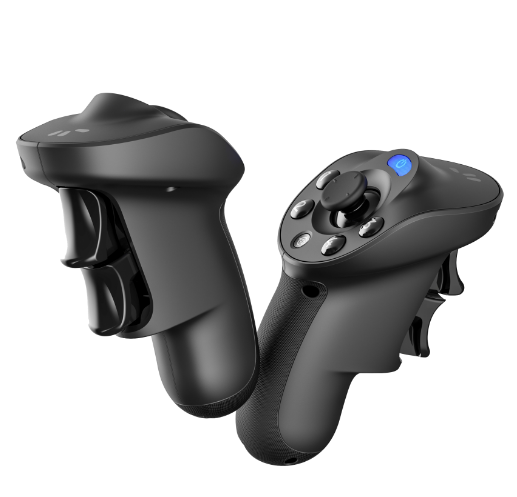 According to their website the Finch Shift controller will support a number of platforms & engines including Google Android, Samsung GearVR, Unity 5.x, Unreal Engine 4.x, Steam VR, Oculus Home and Microsoft Windows. We’ll have more information on the Shift as it becomes available.

Want to see the Shift controller running in real-time on a Google Cardboard set-up? Here’s a video of one of the developers using an alpha version of the hardware: