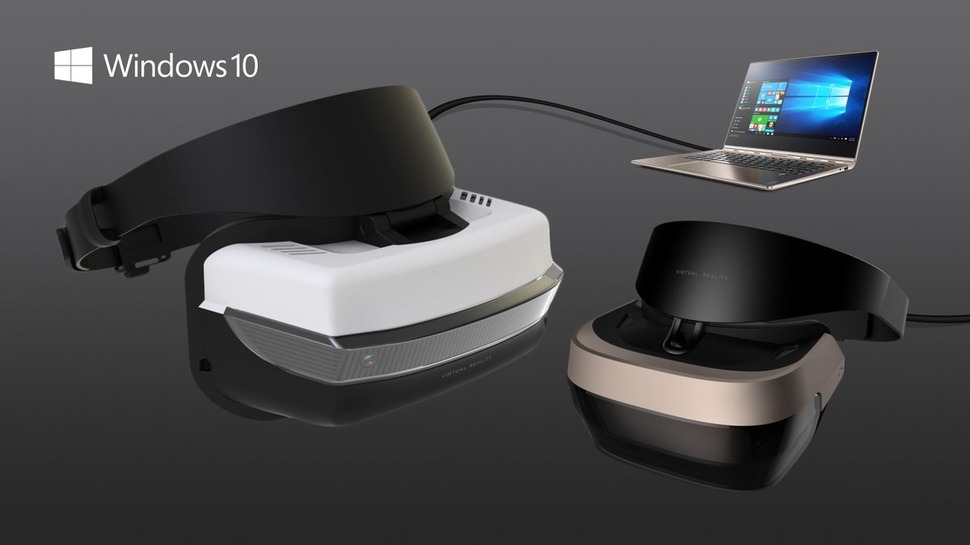 At their New York technology showcase Microsoft announced that they will be supported VR in a huge way with the upcoming Windows 10 Creator’s Update (previously known as “Red Stone 2”) due to roll out sometime next spring. Not only will MS be bringing brand new Virtual Reality & 3D enabled versions of classic Windows applications but also partnering with popular hardware manufacturers to bring a new line of VR headsets to market.

This new line of headsets will be manufactured by companies like HP, Acer, Lenovo, Asus and Dell during the first half of 2017. Best of, according to Microsoft, they will be available for as little as $299 USD – which is half of the price of the Oculus Rift ($599 USD) and a paltry sum compared to the near one grand investment for the HTC Vive ($799 USD). These headsets will be simple “plug and play” devices, in the graphics displayed during the conference a headset was shown connected with a single wire connected to a laptop. No need for complicated room sensors or extra camera either – all of the sensor equipment is built right into the device. 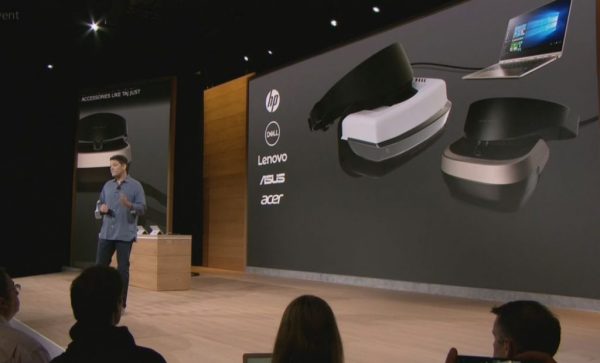 On the software side of things crudely drawn art staple MS Paint will be receiving an update allowing artists to import 2D images, scan real life objects using 3D Builder or by drawing directly on the screen using Windows Ink. 3D images displayed via Windows 10 Holographic (Hololens) or VR headsets will also be supported – during the demonstration MS showed off a PowerPoint slide that had a three dimensional tree that could jump to life. Other enhancements in the Windows 10 Creator’s update include the ability to stream games running on to other Windows 10 devices – yes including the Xbox One and built in support for tournaments. If you need a quick fix for all of the updates coming to Windows 10 check out Wired’s awesome feature.

We don’t have the technical specs for these new VR headsets, just the manufacturer’s and the price point. In fact, MS didn’t really focus on games at all when announcing them so we don’t know if they’ll be compatible with Steam VR, Oculus Home or other VR experiences.  We also don’t know if they’ll support the same resolution as the Oculus Rift, HTC Vive and Razer HDK2 or if they’ll be more comparable to the Oculus DK2 / HDK1 at 1080P.

We will post more information as it becomes available.