Hideo Kojima surprised the entire internet with a 5 minute trailer for his yet-undated third person action titled Death Stranding last night. In usual Kojima style the trailer contains absolutely no plot or character information, yet this cinematic trailer contains enough interesting moments that we will speculating for months until the release of the next cryptic morsel.

In the opening of the trailer we see a European city under-siege from an army of zombie skeleton soldiers and planes as the camera establishes it self on an unnamed character presumably played by project collaborator Guillermo Del Toro. We see a pair of neon handcuffs around Del Toro’s wrists and in his opposite hand a mechanical womb-like device that contains a fetus. As the the skeleton troops march across the bridge above Del Toro he affixes a tube from the mechanical womb to himself. The camera then zooms down a large drain pipe to reveal more zombie soldiers and a character played by Hannibal actor Mads Mikkelsen. 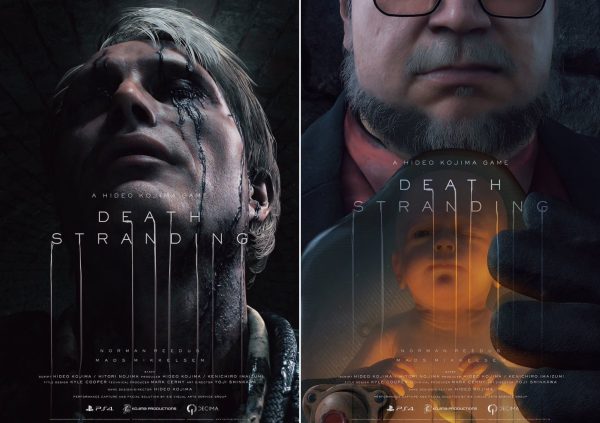 Any other details regarding the game-play, plot or other Death Stranding related topics are merely conjecture. Some folks have speculated that the babies are used as healing items in a future society where the aged literally siphon the essence of youth from the next generation. Others have drawn parallels to the 2006 post-apocalyptic sci-fi film where humans have lost the ability to naturally conceive.

Death Stranding has no release date but more information might be released during Kojima’s panel at the PlayStation Experience today at 1pm PST.