Today I had the chance to see the all new Astro A-50 wireless headset. Astro just announced this headset, which is compatible with the Xbox, PS4, and PC. Many Astro fans no doubt long for the days when the A40 was the top of the world of headsets. Astro hopes to return to these glory days with the new A50 wireless gaming headset.

I got a a chance to see the product which will be out in August of this year before it was available to the general public at Astros booth at E3. Some of the cooler features that I was told about were that the wireless base station will pair with the xbox or Play Station with out you doing anything, just plug and play. You can swap from PC to what ever console you want with the flip of a switch, so you’ll never end up re-pairing your new wireless headset. 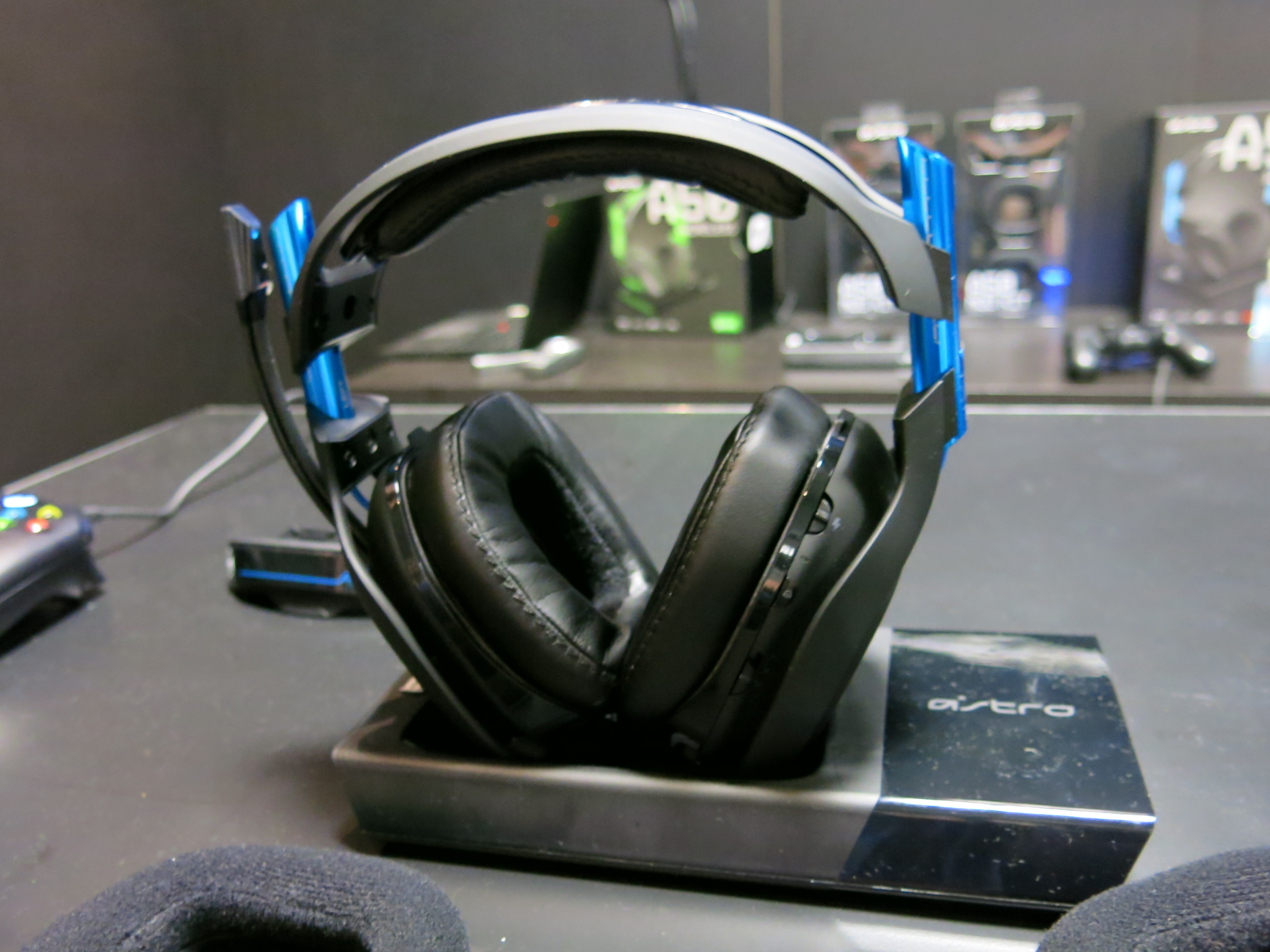 Astro has stuck with their classic look, with strong lines and those two metal tubes on each side. A lot of aircraft grade aluminum has been put in to this build to keep the strength of the metal, and not make the headset too heavy. Most of the pieces that are made of plastic are replaceable, and Astro will again be selling a “mod kit” that allows you change out the ear cups and a few other things, but for quite a premium cost.

Along with the new headset there is a new base station, with a lot more visual feedback than previous units. You can see when you have the Dolby sound on, you can see how much battery is left, and if you are using PC or Console inputs. Astro is claiming 15 hours of battery life, and says it will take about 5 hours to charge the on board battery. To save battery life the headset features an accelerometer which if you set the headset down will turn the headset off. The headset rests in the base station with gold contacts and magnetic attachment points while it charges. Astro says the expect the headset to last between 3 and 4 years of average work. 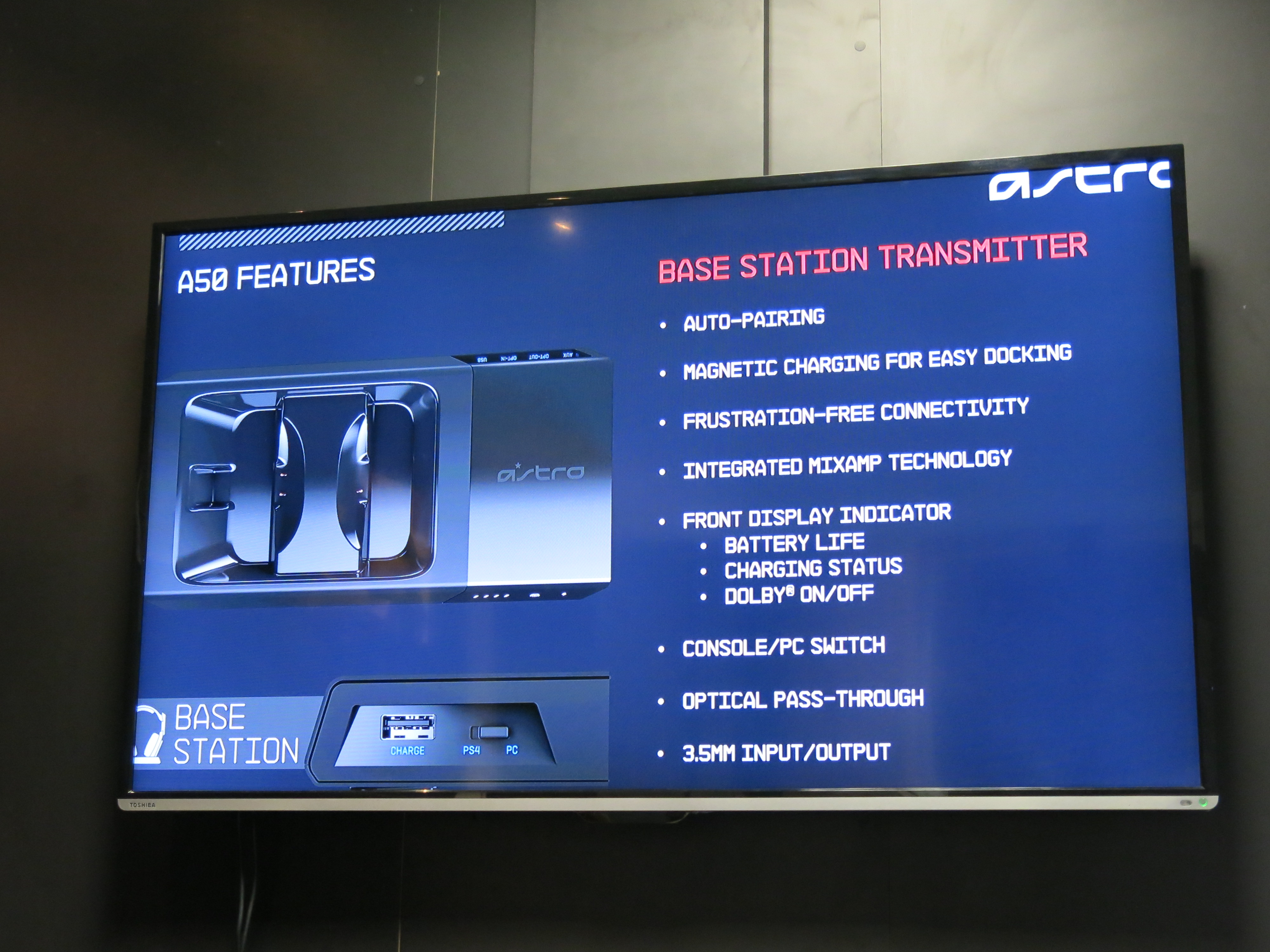 Astro have move the vast majority of the controls for the headset to the the headset it self. The ear cups now have controls for volume, source, mute, and other things instead of using a mixamp like older style ones do. The downside of this is that you no longer get to remove the ear plates, so no more custom printed ear plates for the A-50 line.

Astro has moved all of the EQ settings and sound processing off of your machine and in to the base station, and they claim that their software does not use any CPU cycles to encode the 7.1 simulated audio. It is important to note that the 7.1 audio us simulated only, and not provided by 7 drivers, but instead by 2 much larger 40mm drivers. which they claim can handle up to 48khz 16bit audio streams wirelessly.

I hope to see a lot more on this headset as it gets closer to market, and to get the chance to review it, hopefully for 299$ it will live up to the legacy of Astros last generation of great Wireless headsets.