That’s the time that the servers go live and Overwatch officially changes the landscape of team based first person shooters.

If the ticking of the clock is driving you insane, I recommend burning time reading the official Overwatch comics and watching their animated shorts. If you missed the beta or are looking for some tips, we’ve complied a list that will help ensure you enter the world of Overwatch with guns blazing:

Counter Pick – One of the key features of Overwatch is the ability to change heroes in the middle of a match. This allows you to adapt to the enemy team and pick counters to anyone who is being particularly tricky to deal with. Pharah raining on your parade? Snap to Soldier 76 or McCree and clip her wings. Bastion going for seige-mode? Turn him into a pile of scrap with Tracer, Reaper or Genji. 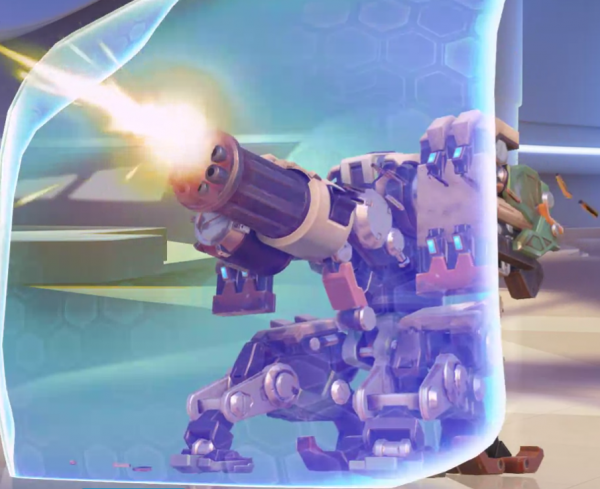 Did you know he used to have a shield, too? Bastion has already caused many broken keyboards, so make sure you counter him when he tries to mow your team down!

“Objectivewatch” – Overwatch is an objective based team game. You can get all of the kills in the match and still lose the game, so try not to get too distracted chasing down kills. Blizzard worked in a lot of benefit for helping the objective and not just badges! If you’re guiding a payload, note that it heals you and will increase its speed for each person standing near it (maxing out at 3 players).

Love Support, Kill Support – Healers in Overwatch are your best friend… unless they are on the enemy team, then they should be one of your top targets. A good support can make the enemy team feel unkillable, so make sure they are taken out! 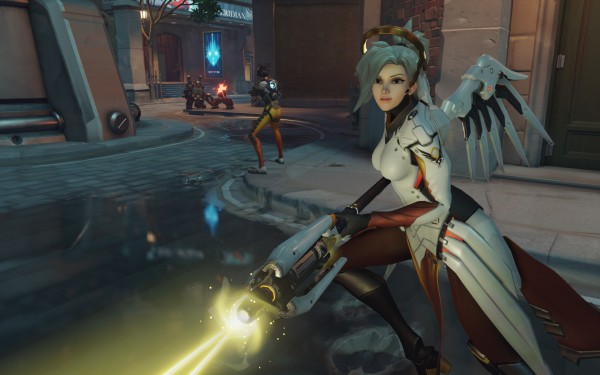 Mercy can heal her teammates or give them a massive damage boost!

Move as a Team – While matches have a limited time, it’s okay to wait and group up before charging back into the battle. While an assassin character might need to run off and cut down an annoying sniper on their own, for the most part, you will get the most benefit of staying together, as each hero compliments and fills in the gaps that others leave. Not to mention, running in one by one is a good way to spend the whole match dead!

Play as a Team – Work on picking a well-balanced team that compliments each other well. Note that your ideal team composition on offense will likely be different than your ideal composition on defense, so switch around to fill in the gaps. Also work on playing your role in the team. While it might be really fun to charge into the enemy team as Reinhardt and get some good swings in, don’t charge off while you’re providing valuable defense to your squishier teammates and let them get slaughtered when their shield unexpectedly runs off. 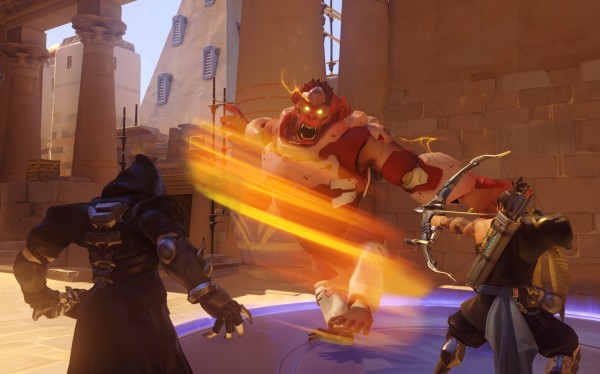 Just avoid Winston if he is out of peanut butter.

Shoot Traps – Lots of heroes leave nasty little presents on the ground (and walls) for the opposing team. While you might be able to walk around them, you or your teammate might not be so nimble on your next pass, so light them up! Plus, you get kill credits for nuking them!

Enable Your Killfeed – In the options under gameplay, you can enable the killfeed, which will allow you to see who is killing whom in real time during your match. This will give you additional insight into what is happening, so you know who is alive, who isn’t, and who is mowing down their opponents.

BE NICE – It’s a team game. If you are a jerk and toxic to your team, everyone will play worse. Mistakes happen and you’re in this together, so be nice!

Have Fun – It’s a game, enjoy it! Play at six Solider 76s and yell out “Call of Duty!!” every time you attack, see what happens when you put five Mercy’s on a McCree, go bananas with an all Winston team. Don’t be afraid to mess around here and there to see what strange team combinations can do! 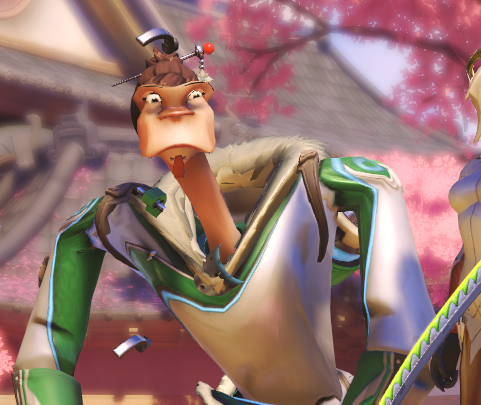 After all, how seriously can you take this abomination?