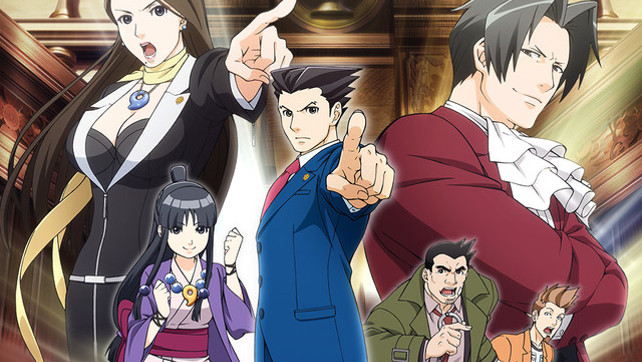 Adapted from the popular video game franchise, Ace Attorney follows rookie lawyer Phoenix Wright and his assistant Maya as he defends his clients in a court of law. With limited evidence and logic as his only weapon, can Phoenix Wright turn the case around when all the odds are stacked against him?

I’ve just discovered the series and have only gotten started with it, but it is pretty fun so far. Much like the games, Ace Attorney doesn’t take itself too seriously and breaks up some of the serious tension of the subject matter with some humerous bits. And if you’ve enjoyed the games then you’ll feel right at home watching this one.

Haven’t you been playing a game and after watching a cutscene or reading extended segments of dialgue just wanted to keep passively watching the game. Well now you sorta can.

The series is being simulcast on Crunchyroll Saturdays mornings at 7:00am EDT. This is of course for premium members, with free members getting access to the episodes one week later. And with the changes to the free/premium accounts, the episodes won’t be available to non-premium members for long.

The series premiered in April and the first episode is still available to stream for free, so if you’re interested in checking this out you still have some time. The first episode will remain free-for-all until July 16th, 2016. Check out the show here.

The release of the show is timely too since Capcom just announced the next game in the series, which is due out in North America this September. It also gives me some more hope for what Nintendo could be doing with its properties when they get into films.