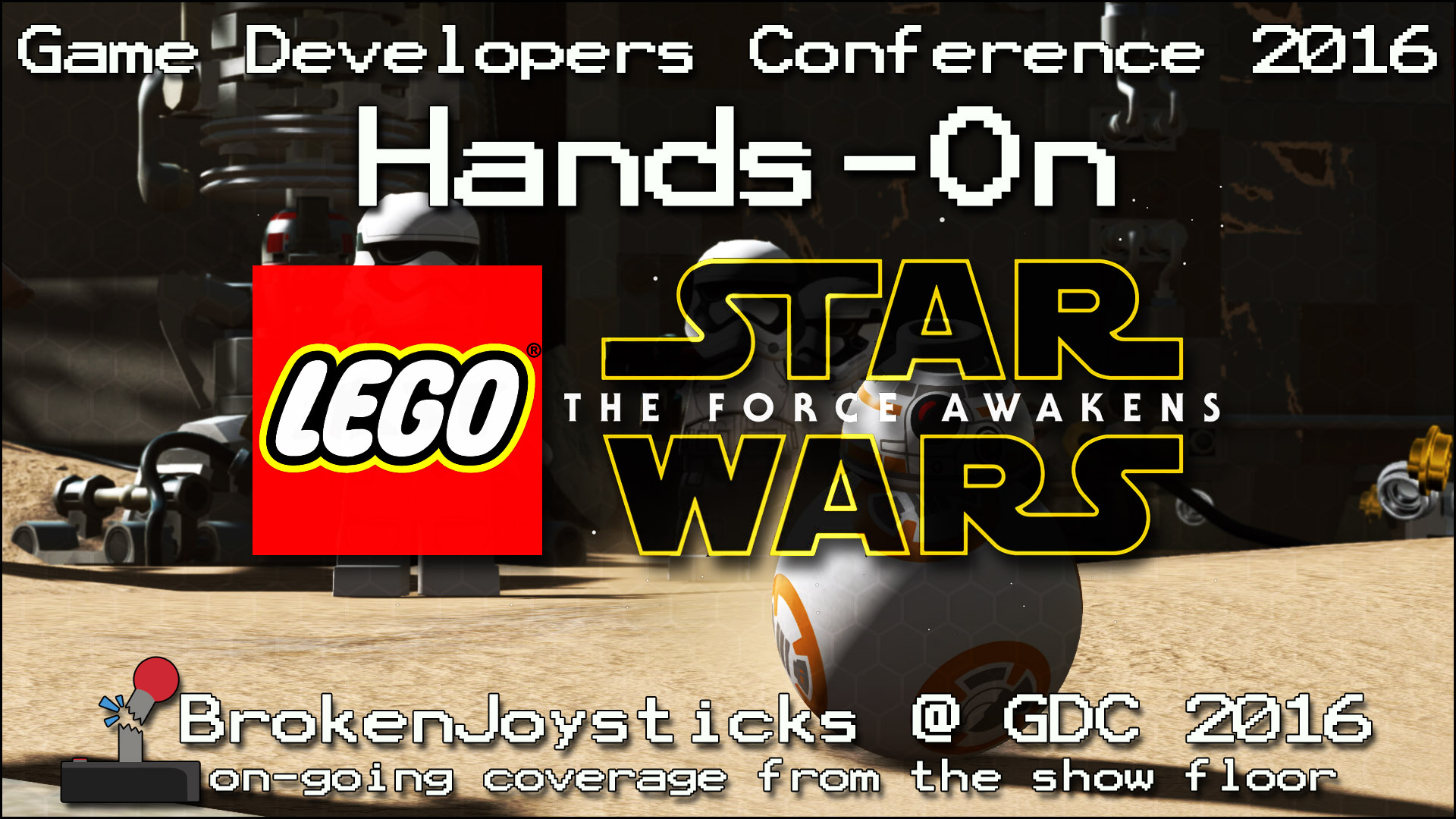 Last week at the Games Developer Conference I got the chance to check out a presentation & live demo for Traveler’s Tales upcoming Lego Star Wars: The Force Awakens.  It seems fitting that with ten years spanning between first Lego Star Wars games on 6th generation consoles  & this latest title, and the Star Wars brand being under new management, that TT would try to fit some new mechanics into their latest game.  Not only did we learn the ambitious scope behind Lego Star Wars: The Force Awakens but we also got a sneak peak at some of the cool new features  & authentic feel that Traveler’s Tales has planned for this entry in the franchise.

In terms of raw numbers, this might be the most ambitious Lego Star Wars title ever, if not one of the largest. The final game will sport 18 levels taking place during major plot points in The Force Awakens as well as explaining some of the plot elements in-between Return of the Jedi and The Force Awakens that we didn’t get to see on the big screen. There will be over 200 collectible characters for players to find, collect and use to replay any of the 18 levels. In order to access these levels, players will have to make use of 5 different hub worlds – Jakku, Takodana, StarKiller Base, D’Qar and the Millennium Falcon. Flight levels play a larger role in Lego Star Wars: The Force Awakens than in previous entries, flight in the last Lego title felt very 2-dimensional,  players now have full 360-degree movement thanks to a new tool – the ability to flip your ship in the opposite direction at the press of a button. In all honesty, the entire flip maneuver reminded me of the free-roam sections of Star Fox 64, and that’s not a bad thing – I love that game! 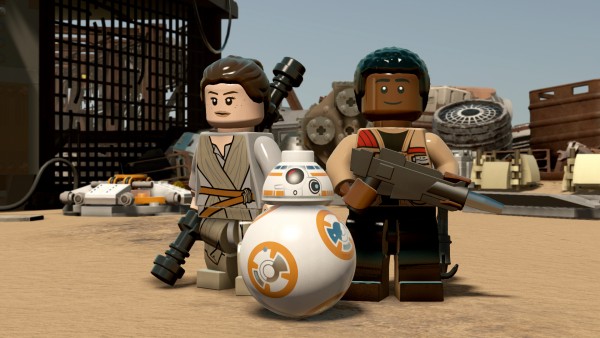 Our demo opened with an authentic Star Wars scroll, accurate right down to the font and aspect ratio! As Finn / Poe’s Tie Fighter comes crashing into the ground we watch it explode into a thousand little Lego bits that scatter all around the desert.  Rey appears over the cliff, near the wreckage and hilariously pulls offer her mask – which is one solid Lego helmet piece. The player is then thrust into the action as Rey skates her way down the sandy slopes, collecting small Lego bits as she goes.  After the surfing introduction, the player is thrust right into combat, fighting waves of enemies until they defeat the designated leader NPC.  It is at this point we are introduced to multi-builds, one of the new features in the game.

Multi-Builds – The enhanced Multi-Builds system allows players to choose from multiple building options to solve a puzzle and advance the game in different ways. For the first time, the same pile of Lego bricks can be used in multiple ways, with the player building and re-building different objects for different purposes. 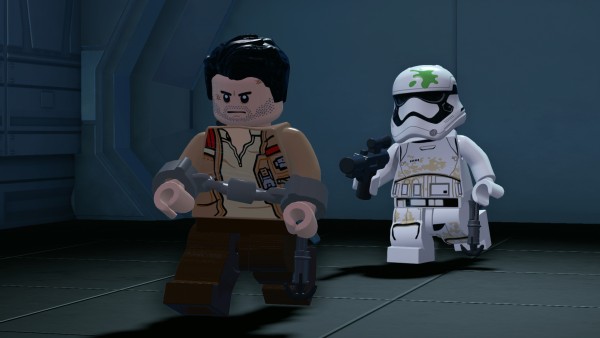 A dev from TT who was walking us through the demonstration noted that this particular encounter can end in one of two ways, depending on the multi-build selected by the player. Each multi-build had its own cut-scene and comedic dialogue to accompany it, rewarding the player for experimenting with different options.  Combat has improved greatly from previous Lego titles – A yellow gauge now fills up on screen and allows players to pull off cool finishing moves once it is full. Also new to the combat system is the combat multiplier. In terms of playstyle Rey was a very agile character who is able to use her staff to access previously inaccessible vertical sections of the map, while BB-8 rolls around and is able to partake in a hacking mini-game while Rey explores the map for hidden items. 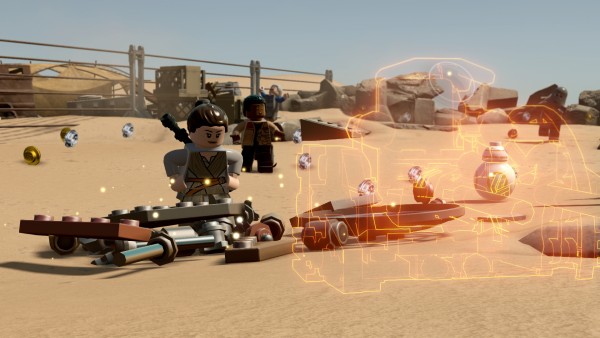 The second half of the demonstration focused on Rey’s escape in the Millennium Falcon from a group of Tie-Fighters. This section played very similar to an on rails space combat game, not unlike the aforementioned Star Fox. Players control the ship as it moves along an X/Y axis, oncoming Ties exploded into small bits as Rey blasted them apart. Rey is able to maneuver the Falcon to almost every available end of the level thanks to the one button flip mechanics mentioned earlier. Devs did mention that if you are playing these ship sections in 2 player co-op mode one player will control the Falcon’s movements while the other controls the mounted gun turrets.

Our demo ended with Lego Kylo Ren reciting his “I feel the call to the light” monologue from the film, only this time the monologue ends with the revelation that Ren has what appears to be a child’s room aboard the StarKiller Base.

Lego Star Wars: The Force Awakens will be available on June 28th for PlayStation 4, PlayStation 3, PlayStation Vita, Xbox One, Xbox 360, Wii U, Nintendo 3DS and Steam.