Yesterday saw the launch of one of the most anticipated new gaming IPs in some time, Tom Clancy’s The Division. Like many other eager players I set aside time in my schedule to try out the full version of the game after putting several hours into the two betas that Ubisoft held earlier in the year and I was psyched to see what the full version had to offer. I woke up yesterday morning at 4 AM and after a few false starts I’ve logged just over 4 hours in the game as of the writing of this post.

Mechanically The Beta Was Spot On

Taking cover and running swiftly between cover-points feels just a fluid and rewarding in the final version of The Division as it did in both the closed and open betas. It feels like Red Storm Entertainment, Massive Entertainment and Ubisoft nailed the swift motion and sliding to cover mechanics early on in development. What little tweaks they’ve made to the movement system in the months since the closed beta aren’t readily apparent. Shooting and swapping weapons is a breeze with a simple single button press, so far the controls of The Division feel pretty second nature after a few hours. 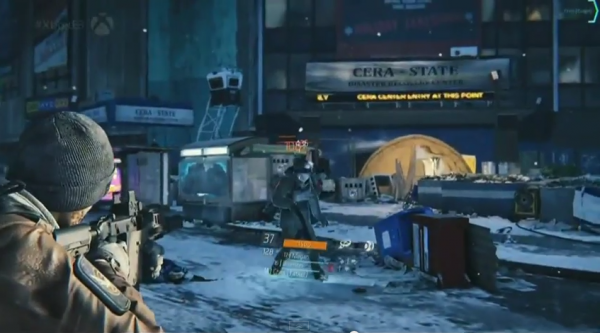 One area of improvement that was noticeable from both the open & closed betas is the under the hood engine optimizations performed by the devs. In both betas I was pretty much forced to play the game on medium or my frame-rate would dip into the high 20s (which to my eyes is pretty much unplayable). In the final version? I can play at 45 – 60 FPS in 720p or high at 1080p with similar frame-rates. I don’t know what technical wizardry Ubisoft has been able to achieve but I’m noticing a significant performance boost on what is considered a modest graphics chipset – the Radeon 370 2GB overclocked.

So in my four hours what did I play? Well the game opens with a small hour long prologue chapter set in Brooklyn. Remember how some gaming sites and fans were expecting to find out that there would be a Brooklyn DLC add-on at some point in the future because the area was referenced in the beta files? Well there is a small sized Brooklyn map within the game and it is used for an instanced tutorial where your freshly activated agent is introduced to multiple objective types. You’ll defeat named enemies that serve as the boss encounters, tag supplies for pick-up by the JTF and help civilians in need all before you get to Manhattan proper and are quickly hurried towards the Madison Square Garden mission that we all played so many times in the beta.

By the end of my four hours of gameplay on day one I’ve already completed 6.8% of the campaign missions according to the main menu. I wasn’t specifically trying to complete as many missions as I could within that time, actually quite a bit of that was spent simply exploring Manhattan and entering random instances with friends. I’m concerned that the actual mission content in The Division might leave something to be desired if I’ve seen almost 7% of it in one sitting.

I have to say that playing Tom Clancy’s The Division with three or four friends is an absolute blast and makes repeating content quite enjoyable – at least while the game is still brand new and fully populated. Tomorrow I face the prospect of running the Madison Square Gardens mission for the sixth time and this doesn’t bother me in the slightest but I wonder how long all of this content can keep us coming back for more. From the few missions I sampled tonight there isn’t much variety in terms of the gameplay – go to the mission objective point, defeat waves of enemies, scan objects if necessary, defeat boss and then collect the spoils of your labour. Its the chatter with friends and the sometimes hilarious outcome of failed quest runs that will probably keep me coming back to The Division once I’ve experienced everything it has to offer. Ubisoft has committed to releasing two free content updates between now and June but let’s just hope that is enough to keep players coming back for more. After all, there is still the dark zone for me to experience, perhaps the allure of tough enemies and epic loot to keep me hooked. For now The Division  is going to be my game of choice – look forward to more coverage in the coming days. 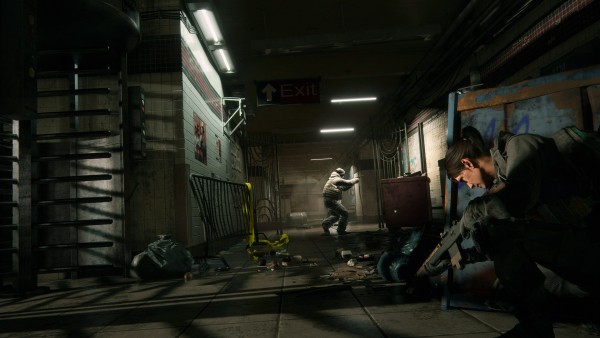 I live streamed the first 90 minutes of the game on Twitch.Tv, here’s a recap: