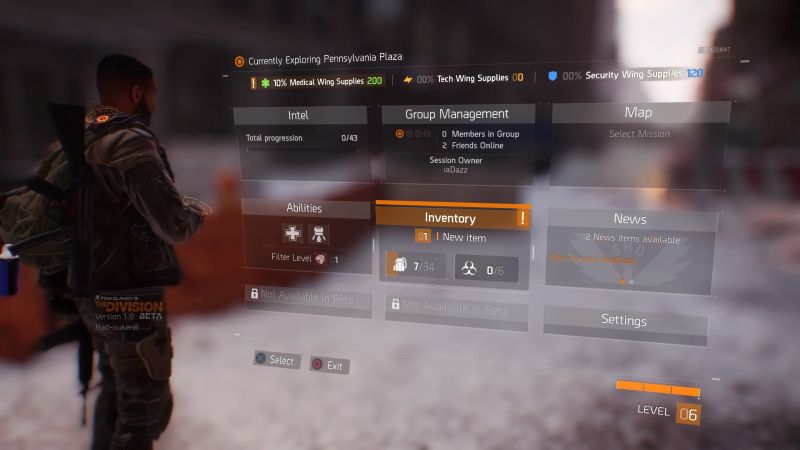 Ubisoft’s upcoming MMO/third person shooter, Tom Clancy’s The Division doesn’t even go live on consoles or PC for another 17 hours but the development team has already detailed the game’s day one patch.

No file size for the mandatory patch has been given but we do have a complete list of all the changes and upgrades it brings. After the patch has been applied agents will be able to set custom “outfits” – allowing them the swap between pre-defined sets of equipment. A new help system allows players to see which interactive tooltips they’ve viewed and also allows them to be reviewed. Subtitles were added to the audio logs hidden throughout the game. Also several issues with the game’s lighting system have been addressed including the fact that traffic lights did not cast lights correctly.

APPEARANCE MENU HAS BEEN UPDATED