Over the weekend, I got a chance to take part in Tom Clancy’s The Division closed beta on PC with some staff members. The three of us were lucky enough to get into to Ubisoft’s massive stress test and I’m happy to report that not only was Ubisoft’s test apparently a success but my brief few hours with The Division showed that the game has a lot of promise in areas that recent releases like Bungie’s Destiny failed to deliver upon.

In the world of The Division, everyday life in Manhattan Island (and presumably other parts of the United States) has gone to hell thanks to a specialized Small Pox Virus hidden within the country’s physical money supply. Players take on the role of an agent of ‘The Division’ – part of the Department of Homeland Security, that specializes in maintaining order during periods where civil unrest may occur.  In terms of plot the Closed Beta was very light on details – featuring just one single player story mission, in fact some standard features like character customization was disabled – it did give players a good feel for the systems that Ubisoft has developed for this Third Person Shooter / RPG hybrid. 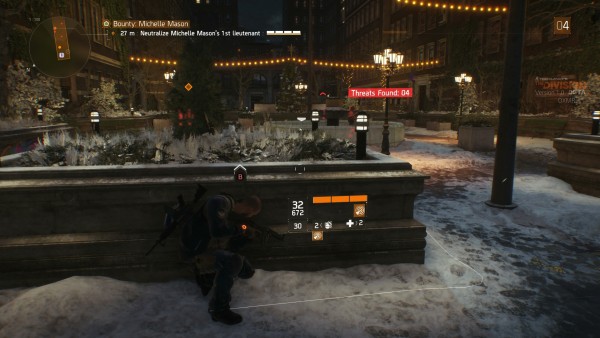 At its core The Division is a third-person shooter with a lot of RPG elements, this is a game that isn’t afraid to throw a whole bunch of statistics at you and hope that you know how to make the best of them. This means you’ll be managing things like Health, Damage Per Second (on all weapons) and various types of skill ratings. While Destiny favored static unlocks for your weapons tied to experience points depending on the amount of time the weapon was used, The Division’s weapons use a modular system allowing you to equip different magazines, suppressors, scopes and stocks. Hopefully when the full version rolls around this means that we will be swapping weapon components on the fly as the situation demands. There just wasn’t enough of a progression in the beta – where we went from Level 4 thru 6 – to really get a feel as to how weapon mod management will pan out in the long term. If you like your shooters combined with a bit of math and a heavy dose of optimization / best-in-slot builds than the Division might be right up your alley.

New York City looks likes like everything has gone to shit, the military roams the streets, there is a lot more garbage in the streets and citizens wander around confused & afraid. Not only did Ubisoft capture the shock and horror that comes with a major disaster with their NPCs. In the beta our staff explored the districts of the Chelsea Harbour and the area surrounding Maddison Square Gardens. The amount of traversable ground was quire limited in the beta but it did leave the impression that Ubisoft has paid particular details unique to New York city life. 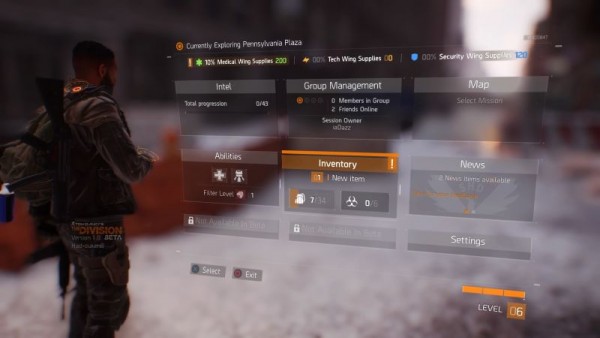 Ubisoft has promoted The Division’s social aspects right from the get-go, the squad mechanics baked into some of The Division’s narrative experience, and it is absolutely  essential to the Player Vs Player focused Dark Zones. Thankfully adding friends, enabling voice chat and even location-based matchmaking can all be accomplished through the game’s main menu. Our staff were able to coordinate through high-level Dark Zone content together without the need of 3rd party apps or even the need to open an overlay. All of the social options you would need are presented in-game right at your fingertips. Unlike other RPG/Shooter Hybrids with no reliance on third party friends lists or UIs (on PC) it is really easy to jump into content with friends with minimal load times.

There was only one single player mission in The Division’s closed beta – rescue a doctor from a field hospital set up in Madison Square Gardens. This mission only lasted about 15 minutes but was varied enough to give players an introduction into how the systems within The Division work. Your agent is able to take cover by simply pressing the A button on the Xbox controller, once in cover your agent will hide from most oncoming fire and is able to automatically plan routes from one point to another while in cover by holding down the A button once selecting a piece of cover from within your field of vision.

Encounters Make The World Go Round 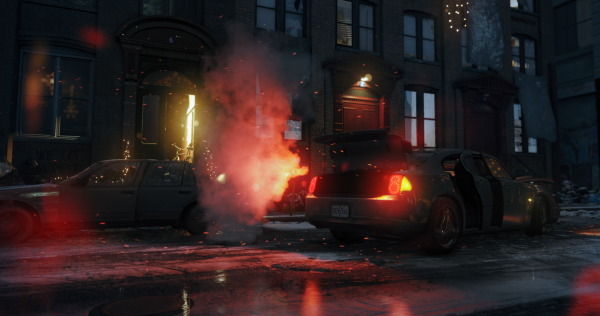 In terms of encounter design Ubisoft’s level designers have taken care to ensure that there is always usable cover in the environments. Whether you are taking cover behind the kitchen of a restaurant or vaulting behind a wooden crate at the last second there always seem to be at least a few tactical options open to you at all times. Towards the end of the hospital mission, there was one particular encounter – with an elite NPC that actually ends the mission – where there was very little strategy and the encounter became essentially a game of Wack-O’ Mole with machine guns. This one instance aside every other firefight felt intense and rewarding when I completed them. Here’s hoping that the full release of The Division’s single player will be just as thrilling as the potential that the beta version showcases.

We’ll have more on Tom Clancy’s The Division as its March 8th release date. Perhaps it is because I sunk 500+ hours into the first year of Destiny that makes that comparison so natural but it feels like Ubisoft’s latest might just scratch that shooter itch in ways that Bungie just couldn’t. Here’s hoping a focus on gear upgrades, statistics, excellent social integration and tight-knit encounters keep The Division just as fresh hundreds of hours in.