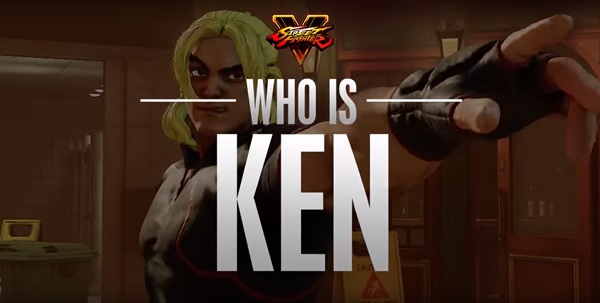 Capcom has released the first character introduction video for their upcoming Street Fighter V. This two-minute long video will give viewers a crash course about some of the changes coming to series staple Ken Masters.

Ken isn’t just about spamming hadukens or being a slight pallet swap for Ryu anymore. Thanks to the introduction of new mechanics like V-Skills Ken finally has quite a few differences from his long time rival that help set him apart. His V-trigger provides him with an extension on all of his combos and gives him a slight damage boost while active and his V-Skill allows Ken to run forward charging at his opponent for a short time.

Make sure you watch all the way to the end to hear Capcom Fighting community manager Matt Edwards give some helpful split second advice that could give Ken players the upperhand.

Street Fighter V will be released on PlayStation 4 and Windows PC in just 12 days – Feb 16th.